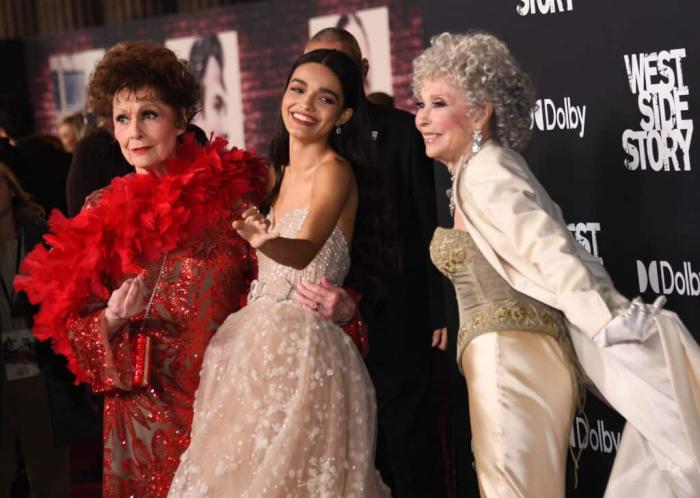 It’s two weeks until Christmas and we’re now seeing the big festive releases drop in theaters. This is typically a strong time of the year for box office grosses, especially with the tentpole pictures and awards season favorites. Yes, the token Marvel title is next week and yes, we expect it to do gangbusters (COVID-era boundaries notwithstanding.) When it comes to everything else that doesn’t bear the title of a superhero franchise or major IP, however, we have low hopes. Long before the pandemic, we were already in the midst of major industry-wide change, particularly as it related to audiences’ attitudes to cinema attendance. Numbers were going down, aside from that hallowed handful of big names, and the mid-to-large budget non-IP adult-oriented film seemed dead in the water. This was always going to happen. COVID just sped it up a few years.

Still, with all of this knowledge, it’s still surprising and very sad to see how low the numbers for West Side Story are. This should have been a slam dunk: Steven f**king Spielberg doing a big-budget musical based on one of the true masterpieces of the genre, and all in time for Christmas? How could this fail? Well… $10.5 million from 2,820 theaters is not great. What happened? Did the marketing campaign, which was pretty big, simply not land? Are audiences not as dedicated to Spielberg as they once were? Is the f**king plague still putting people off going to the cinema? It seems hard to tell, all things considered. West Side Story was certainly treated far better than many of the other 20th Century titles that Disney was obliged to release. They clearly do not care about the finished films they acquired and it’s been sad to see how those works were mostly dumped, but even the exception to the rule could not overcome changing audiences’ tastes and demands. The 90-day release window is gone. Don’t be shocked to see even costly films like this one become streaming exclusives in the future.

Opening at number 13 is National Champions, a sports drama that grossed around $300,000 from 1,197 theaters. Sean Baker’s Red Rocket made $96,593 from six theaters, which was a strong $16,098 per-theater average, but that number was solidly beaten by Licorice Pizza. In its third week, Paul Thomas Anderson’s latest made a hefty $176,350 from only four theaters.

With only two weeks of the year left, it remains to be seen if any film can breakthrough into the top 10 highest-grossing titles of 2021. The 10th film on that list is Dune, which currently had just under $390 million in the bank. That’s more than Black Widow and Cruella. I don’t think anything will top the number one movie, The Battle at Lake Changjin, but it’s likely that Spidey will swing into the list. It would be revealing of something in the industry if, even in the midst of pandemic-related panic and changes, we still ended 2021 with four superhero movies in the top ten.