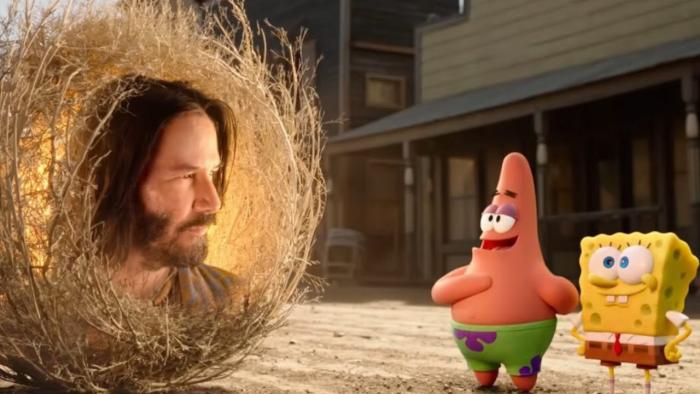 Box Office Report: The Revival of the North American Box Office After Months of Lockdown

Box office report is back, my friends! After many months of theater shutdowns, industry-wide panic, and genuine fears over the future of the film world, we saw a small group of cinemas open their doors last week to let in the brave, the bold, and the potentially deeply stupid. This five-month closure is unprecedented in Hollywood and we will not know the full extent of its damage for quite some time. The ripples will certainly be felt for many years after things return to ‘normal.’ You can’t just stop a multi-billion dollar a year global industry for over 20 weeks then expect to pick things up as if nothing weird ever happened.

We’ve seen the ways the world of film has tried to cope with these precarious and unpredictable times. Many films made the jump to VOD with mixed results. Major studios started selling off titles to streaming services or making them exclusive to their own platforms, as Disney+ has done with both Artemis Fowl and the upcoming Mulan. Mostly, we have seen titles pulled from the schedule altogether or pushed around repeatedly in the hopes that this literal pandemic will somehow go away in a few weeks and let us all be. Oh, bless.

Most major films received this fate, especially those with billion-dollar potential or Oscar buzz in their wake. Streaming may be the future of the art form to some, but we still have no solid data to prove that shunting a $200 million+ title to Netflix or the like can result in the sorts of profits needed to justify those gargantuan budgets in the first place. The live-action remake of Mulan will certainly be an interesting test subject for that, although it remains to be seen if Disney+ will offer journalists verifiable data on its ultimate numbers.

For now, theaters are slowly opening, often against the advice of political and medical experts, and with mega-tight restrictions in place that will inevitably hinder attendance numbers. Still, screening a film at 25% capacity may simply be the best option right now, certainly over not screening it at all. The film world has gotten very used to making all the money and will have to get used to accepting just some of the money. Right now, North America hasn’t opened up a massive number of theaters. We’re talking low-hundreds rather than mid-thousands. The grosses reported by Box Office Mojo and The Hollywood Reporter are slivers of what would be considered normal for mid-August and don’t even include most of the continent. This is all the work of Canada. Still, we get an interesting glimpse into the slow, careful walk back to business-as-usual.

The top movie of the weekend dated August 14 - 16 was The SpongeBob Movie: Sponge On The Run. After opening in 300 theaters, the film still took in a reasonably solid $900,000 overall. In Canada, theaters are operating at 50% capacity as part of COVID-related protocols. In that context, getting less than a million from this sort of small run is nothing to sneeze at, and it will certainly give Paramount a little more room to breathe. The film will go straight to CBS All Access in the U.S. and will be a Netflix exclusive everywhere else. Variety previously reported that Paramount had already recouped the $60 million production budget for the movie just through these streaming deals. Welcome to the new normal, although this has been common practice for Paramount for a while now. They also recently sold Aaron Sorkin’s new historical drama The Trial of the Chicago 7 to Netflix, where they previously sent titles like Annihilation and The Cloverfield Paradox.

Unhinged, starring Russell Crowe, grossed an estimated $582,000 from 299 runs for Canadian distributor VVS. David Ayer’s The Tax Collector has been in theaters for a fortnight as well as receiving a VOD release and has taken in just short of $635k. Neither of these movies was ever going to be heavy hitters financially, especially at this time of year, but they proved to be solid trial balloons to test if audiences were ready to make the jump back into theaters.

Unhinged is gearing up for a U.S. release next week. At that point in time, about half of all theaters will be open in 42 states. The two biggest moviegoing markets in the nation, New York and California, will remain closed. Drive-in theaters have experienced a boom in recent months although it’s questionable if they’ll stick around once the weather turns sour. Older releases are faring well under this system, particularly nostalgic favorites. Studios are seemingly relying on this model to help build up some revenue without relying on those new titles that need more than pocket change. Interstellar and Inception are getting re-releases from Warner Bros. in anticipation of their next Nolan release, and in China, a re-release of Harry Potter and the Sorcerer’s Stone brought in a nice $13.6 million weekend gross.

Ultimately, Hollywood has its eyes on another big prize: A little movie named Tenet. Warner Bros. held onto that initial July 17 release date for a long time, clearly hoping that they could remain the last man standing of the Summer season by refusing to panic. That lasted until June, then the film was moved back a week, then another couple of weeks, then held up indefinitely. Then the studio arranged for the movie to be released on August 26 in seventy key markets, including the U.K. and Canada, before announcing that it will screen in select U.S. cities on September 3. The new plan is to go for a slow-burn release, not unlike an Oscar pick, although it is also set to open in China on September 4 without such delays. This is a pricey movie — reportedly $200 — 225 million, making it Christopher Nolan’s most expensive original film — and Warner Bros. need this thing to make serious bank just to break even. Nolan is a man who makes event movies that drive audiences to the theaters but will they be ready to risk it for Tenet? 150 minutes plus ads in a semi-crowded cinema full of sweaty mask wearers trying not to panic or let their glasses steam up (I relate) is a lot to ask of audiences who have spent months with their lives on hold and no end in sight.

What also remains to be seen is how audiences’ habits may have dramatically changed during this period of fear and restriction. Cinemas were already in a tough position long before this pandemic, with even big hits seeing noticeably smaller attendance numbers than years prior. Streaming and VOD is now the default mode for many. I cannot tell you how many times I’ve tried to recommend a film to someone (usually an indie release or foreign language title), only for them to say, ‘I’ll just wait for it to arrive on Netflix.’ Aside from those nine-figure blockbuster event movies that are part of beloved franchises or brands and command intense audience loyalty, many films just aren’t seen as required theatrical experiences. It doesn’t help/hurt that streaming-exclusive options right now are really good, from Palm Springs to The Old Guard to Black is King. If you’re going to leave the house for a movie, it must be worth it, and maybe Tenet can offer that for potential customers but it’s no guarantee. Nothing is nowadays.

Are you ready to return to theaters? Will you go see Tenet? What films have you been watching lately? Let us know in the comments.