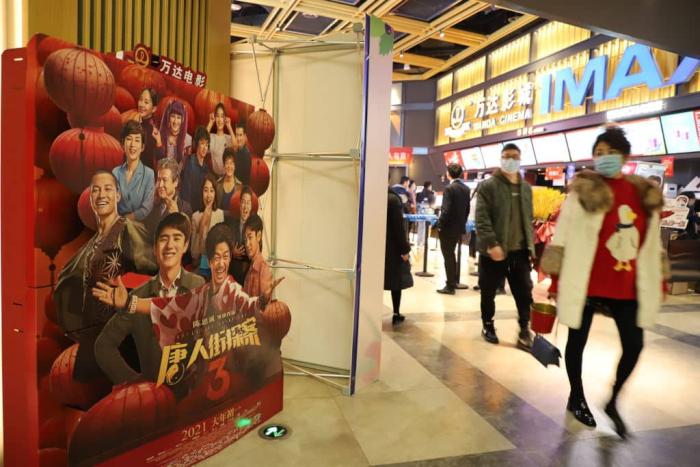 It’s fascinating to see how many films refuse to leave the box office rankings after literal months of low grosses. Granted, it’s not as if the competition is tough right now. There are far fewer new releases every week, and the major ones getting some sort of distribution are typically pulled after a few weeks for VOD release (except for Warner Bros. and its simultaneous HBO Max drop plans.) So, with the opposition so thin on the ground, who reigns supreme? It’s interesting to see how much the business status quo remains in place, even as those reliable agendas crumble under the weight of COVID.

The films that are hanging around the most are family titles, which is pretty standard stuff for North American cinema. Take The Croods: A New Age, the latest animation from DreamWorks. It’s been in theaters for three months and keeps finding its way to the number one spot. Granted, it’s getting there with paltry grosses of $2 - 3 million or so, but it’s enough. Family films will always have some sort of audience, although I can’t help but raise an eyebrow thinking about the parents taking their kids to a cinema in the midst of a pandemic. See also The War with Grandpa, which has seen surprising increases in its week-by-week grosses and has been in the charts for a staggering 19 weeks. OK, it hasn’t yet made more than $21 million domestically, but the bar for success ain’t as high as it used to be.

Debuting at number two this week is Judas and the Black Messiah, with $2 million from 1,888 theaters. Another Warner Bros. title you can currently stream on HBO Max, the movie is one of the studio’s main Oscar players this season. They held it back to February, where it still qualifies for the 2020 run, and critics seem to be on board with it. Daniel Kaluuya is soaking up the most buzz, although the film isn’t doing as great in other categories with precursor awards. I think this has less to do with the film than the fact that getting voters to pay attention to anything right now is impossible. Here’s hoping Kaluuya doesn’t get overlooked in favor of another supporting actor from a Warner Bros. movie — Jared bloody Leto.

Other new releases making a ‘splash’ this weekend include Land, the directorial debut of Robin Wright ($940k from 1,231 theaters), surprise Golden Globe favorite The Mauritanian ($144k from 245 theaters), this month’s token Nic Cage movie madness Willy’s Wonderland ($95k from 123 theaters), and queer frontier drama The World to Come ($42,552 from 278 theaters.)

Hollywood is still hoping that international grosses will lift up some of their decreased numbers, but many key markets are still closed — hi, fellow Brits! — or focused on local releases. China, for example, is getting back on its feet, and audiences have swarmed to Chinese films over Hollywood blockbusters. The big release this past weekend was Detective Chinatown 3, which brought in a staggering $397 million! That’s the single biggest opening weekend for a film in a single territory ever recorded. Seriously, this film made more in China in one weekend than Avengers: Endgame did in the U.S. AND Canada on its opening weekend.