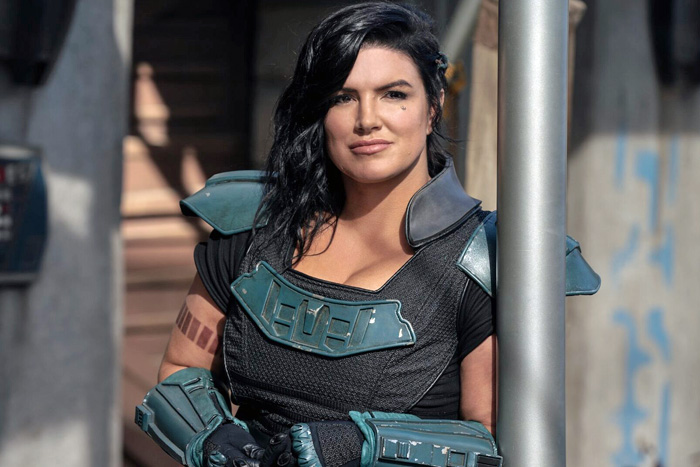 Following Gina Carano being fired from The Mandalorian thanks to her being a shitnado of transphobia, anti-Semitism, and anti-mask conspiracy theories, Hasbro has reportedly canceled action figures featuring her Star Wars character Cara Dune. And, no, I’m not kicking myself for not snatching them up when they were on clearance at Target. How dare you know me so perfectly well? (CBR)

Sarah can’t wait to see what Lily Gladstone does with her latest role in Killers of the Flower Moon. (Lainey Gossip)

And speaking of Leto…

LAPD Officers accused of sharing George Floyd Valentine’s Day photo that reads, “You Take My Breath Away.” (The Root)

John Fetterman and the fetishization of chasing Black men. (Medium)

This one’s from Kayleigh, and for the record, I am always here for Lucy Lawless relentlessly dunking on Kevin Sorbo. Pour it in my coffee.

Yeah, but I was really gunning for the role in the ‘God’s Still not Dead’ sequel. https://t.co/zVeiw35nWt

Viggo Mortensen calls out Universal for retreating for too long over Green Book and says the film will stand the test of time. (IndieWire)

Donald Glover and Phoebe Waller-Bridge are your new Mr. and Mrs. Smith. (Variety)

Lowercasesee describes Today Tonight Tomorrow by Rachel Lynn Solomon as a YA romance novel that loves romance novels. "It is a full-throated defense of the genre, aimed at people who are just learning society thinks they should be shameful." What do you love despite the pressure not to? (Cannonball Read 13)