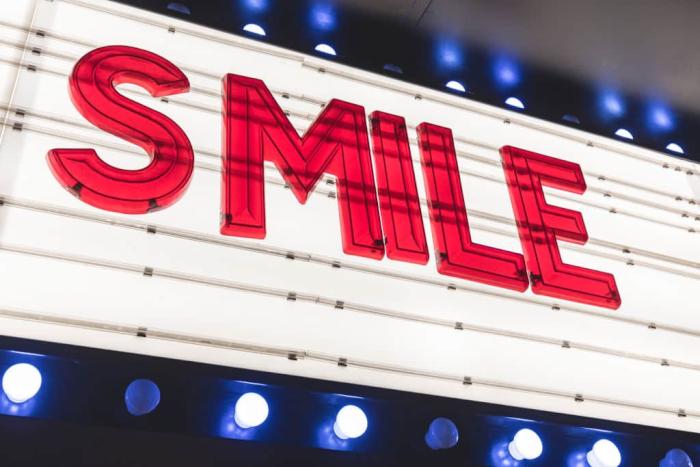 We’re heading into spooky season, my friends. The first film to stake out some Halloween thrills at the box office did so in style. Smile benefited from a savvy marketing campaign that saw Paramount plant some seriously creepy grinners in big events like sports games. You couldn’t escape that eerie poster or the allure of such a high-concept horror film. It’s no wonder it stormed to the top of the box office with a $22 million debut. It easily beat the competition as well as earlier releases. Not too shabby for a film that was once planned to go straight to Paramount+.

In the second and third spots this past weekend are films by women directors, neither of which were based on pre-existing IPs. That always feels like a win in my opinion, especially as mid-budget films often struggle to get a foothold in the franchise era. Don’t Worry Darling is at number two with a total gross of $32.8 million over a fortnight, while The Woman King is at number three with a total of $46.7 million over three weeks. These are wins all round, regardless of what you think of the films.

Sadly, things aren’t so good for Bros, the Billy Eichner comedy. It debuted at number four with only $4.8 million from 3,350 theaters. There’s been a lot of hubbub around why it didn’t connect to audiences. Eichner, who spent months hyping the film up as Important and Pioneering, said straight people didn’t turn up. We’ve already seen some blaming the LGBTQ+ community for not supporting one of their own. Personally, I think we’re overlooking the elephant in the room which is that homophobia is especially potent right now. Queer people are being targeted, smeared as groomers, and set up as acceptable targets in the so-called culture wars. Maybe that has a little something to do with things?

At number six is Ponniyin Selvan: I with $4.018 million from 500 theaters. This Tamil-language epic stars Aishwarya Rai Bachchan and has been hyped up as one of the biggest Indian films in many years. At number 11 is another Indian film, Vikram Vedha, with just over $1 million from 558 theaters. I wonder if the staggering success of RRR has encouraged more people who previously had no interest in Indian cinema to check out what else is out there. That’s good!

This coming week sees the release of a supposedly real film Lyle Lyle Crocodile, the Cate Blanchett drama TAR, and the film by the absolute f**king creep known as David O. Russell, Amsterdam.


← Planned Parenthood Calls Out 'Blonde' for Being 'Anti-Abortion Propaganda' | Will 'Wakanda Forever's' Namor Be the First Legit Comic-Book Movie Anti-Hero? →