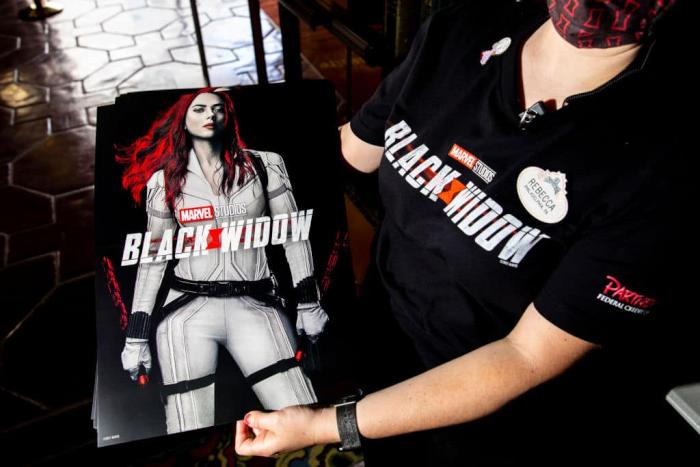 Before Black Widow premiered in theaters last week, after several pandemic-related delays, many wondered if the Marvel bubble was set to burst. Surely it was only a matter of time, right? And if it were to happen with any of these $100 million+ tentpole spectacles, it made sense that it could occur with Natasha’s story, a long-awaited prequel for a character who inspires more than her fair share of debate. Since we all know what happens to her later in the timeline, would fans rush to the theaters — or plop down their $30 Disney+ Premium fee — for this tidbit? Of course, now, looking at these box office numbers, that seems like some hilariously misguided thinking.

Of course Black Widow did well. Of course it broke the pandemic-era records. How could it not? This franchise is bulletproof, and even though fans have enjoyed no fewer than three new Disney miniseries tying into this gargantuan timeline, there’s always room for more. The MCU remade the rules and it can break them as much as it likes. After opening in 4,100 theaters domestically, Black Widow grossed $80 million. It’s the first theatrical MCU release since Spider-Man: Far From Home just over two years ago. That may be a low number by their usual standards, but extenuating circumstances allow for a lot of wriggle room. Disney is also claiming that the film pulled in $60 million via Disney+, but I’m gonna need to see some firmer receipts on that front. Black Widow has not yet opened in China, which is maybe the biggest market for the MCU. But it still has about $158 million to its name with international grosses. Stay tuned for the next three franchise releases of 2021, including Shang-Chi and the Legend of the Ten Rings, Eternals, and Spider-Man: No Way Home. Will Marvel fatigue ever hit the mainstream? Ever?

We didn’t do a box office report last week because of the 4th July weekend break — yes, even the Brits who work here got the day off, thanks, freedom fighters — so let’s quickly dip into those numbers. F9 remained on top before being toppled this weekend by Marvel. New entries from the holiday fun included The Boss Baby: Family Business ($19.6 million from 3,644 theaters) and The Forever Purge ($15.7 million from 3,051 locations.)

A24 gave a wide release to Zola, which was pretty risky for an R-rated drama that challenges genre expectations and is based on a Twitter thread. It seemed to pay off, with a tenth place debut and just over $1.55 million from 1,468 theaters. As with all things A24, this one seems primed for a long-haul, slow-burn release. Word of mouth could help, as will some counter-programming to the upcoming blockbuster domination. Even with a 48% drop into this past weekend, Zola held on strong in the top ten and now has $3.5 million to its name before it gets its international rollout.

A few bigger films saw their releases shifted around. Robert de Niro’s The Comeback Trail was removed from the schedule altogether while Downton Abbey 2, the sequel we all apparently wanted, has moved from a Christmas 2021 release to March 2022. Dune will premiere a few weeks later than planned, moving from 1st to 22nd October of this year, and Clint Eastwood’s latest drama, Cry Macho was bumped up a month to September 17. Seems like both may be primed for the festival season in whatever form it takes this Autumn.

← Debbie Matenopoulos Might Replace Meghan McCain on 'The View' | How 'The Good Fight' Convinced Us to Take the Same Side as ... Donald Trump →