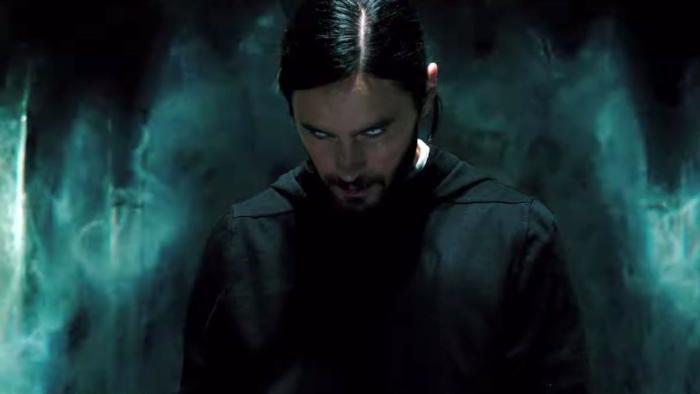 My apologies for missing last week’s box office report. There was a lot going on. Jane Campion won an Oscar and I had a lovely brunch with a friend. Good times all round. Anyway, now that awards season is over, we’re officially into blockbuster madness because Summer now technically kicks off in April, according to the studios. So, expect superheroes and big booms. Or busts, depending on the film.

This past weekend, we were treated to Morbius, the latest attempt by Sony to pretend that Spider-Man’s villains are a sturdy enough basis for an entire cinematic universe. Hey, audiences did end up liking Venom way more than anticipated so maybe they’ll be taken in by the living vampire played by Jared Leto? Eh, a bit? Morbius still took the top spot at the box office, although it’s not as though the competition was fierce. It grossed $39.1 million domestically, and given that its budget is reported to be somewhere around $75 million, I’m sure Sony will consider that a success. Not a parasite boyfriend level hit but it is what it is.

Last week’s number one was The Lost City, which proved that sometimes old-school star power can pay off. In its second week of release, the movie hit $54.5 million domestically. The Batman comfortably hit $349 million domestically and is currently at $710 million worldwide. The genuinely barmy Indian action film RRR was a solid reminder that foreign language cinema and ‘niche’ projects can still pull in a solid amount with American audiences. In its home country, it’s already breaking records, making the highest opening-day grosses for an Indian film. The biggest per-screen average went to A24’s Everything Everywhere All at Once, which managed a startling $26,631 per cinema (38 venues.)

This coming week sees the wide release of Everything Everywhere All at Once as well as the new Michael Bay film Ambulance, the Idris Elba star vehicle Sonic the Hedgehog 2, and the remastered release of David Lynch’s Inland Empire.


← Jon Stewart Slams Andrew Sullivan for Saying He Was Ambushed | What Does It Mean that Elon Musk Owns 9.2% of Twitter Now? →