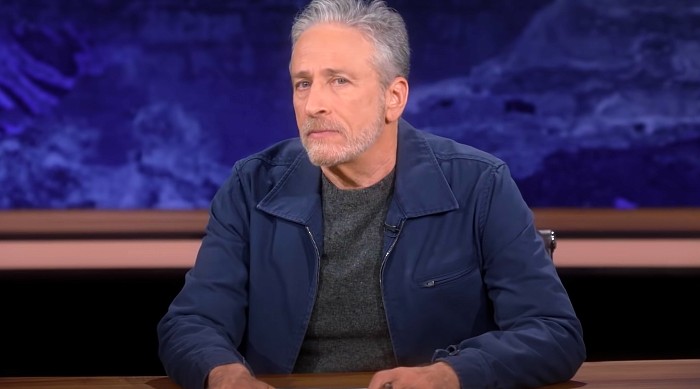 To the surprise of no one who’s been subject to his writing, especially in recent years, Andrew Sullivan was an absolute disaster during a panel on racism on The Problem with Jon Stewart. In a shocking display of self-awareness, Sullivan realized he looked like an a-hole, so naturally, he took to his Substack where he claimed the booker for Stewart’s show “ambushed” him by presenting the appearance as a one-on-one interview. Naturally, Stewart did not let that accusation stand and went to bat for his employee who “patiently handled [Sullivan’s] high maintenance shenanigans.” (The Wrap)

Britney Spears says her real mom was worse than her fake mom in Crossroads. (Dlisted)

I know this will make at least one commenter very happy: Simone Ashley confirms she’s returning to Bridgerton next season. (Celebitchy)

With new Moon Knight toys being released I thought it might be interesting to revisit recent instances of a toy company trying to capture Oscar Isaac. pic.twitter.com/mCBIr7rVyy

Kayleigh was on the Turkish news talking about scammers in Pop Culture for some reason. (YouTube)

From Alberto: That time Taylor Hawkins got together with Emma, a nine-year-old drummer prodigy from Paraguay after he heard her playing outside the band’s hotel. (Marca)

Is anyone honestly surprised that Bill Maher had the absolute worst take on Chris Rock joking about Jada Pinkett Smith’s alopecia? (Mediaite)

Jim Carrey is retiring from acting, which is probably for the best. When has he done anything good in recent memory? I’m genuinely asking. Dude fell off hard after dating Jenny McCarthy, and possibly even before that. (IndieWire)

Rupi Kaur’s collection of poetry, The Sun and Her Flowers, rekindled Travis_J_Smith’s love of poetry. "Having seen how tough a beast it is to slay, and appreciating writing for the beautiful language used to express things more than anything else…poetry is probably the form of writing I am most fond of." Do you have favorite poets? (Cannonball Read 14)