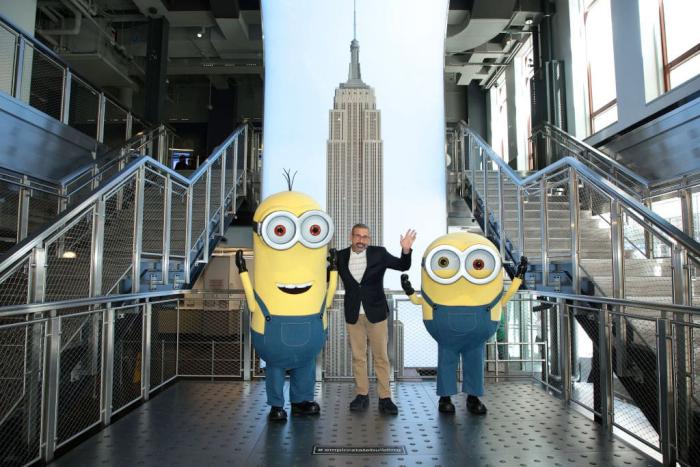 Box Office Report: And It Was All Yellow

It’s the fourth of July weekend, which is typically a big and profitable period for the movies. Expect franchise fare, especially family-friendly stuff. Well, expect one such example. Really, we knew that no other movie was going to compete with the inescapable and unbeatable madness that is the Minions. They’re everywhere. They’re probably in your house right now and you don’t even know it. Be vigilant, my friends.

Minions: Rise of Gru is the fifth movie in the Despicable Me franchise, which is, staggeringly, currently the 15th highest-grossing film series of all time. It’s made more money than Toy Story, Shrek, and Mission: Impossible. Expect it to stay big with this new one, as it easily broke through the $100 million mark in its opening weekend. To be precise, it made $108.5 million from 4,931 theaters, which is a per-location average of $22,005. Unlike Disney and Pixar, Illumination’s animated films tend to be pretty inexpensively budgeted so their profit margins are way better. Plus consider the sheer amount of yellow pill goon toys this thing will sell. And the soundtrack! Seriously, have you looked up the track listing for this thing? They’ve got St. Vincent singing Funkytown!

Top Gun: Maverick may have been toppled by the minions but it’s holding on just fine. Six weeks into its domestic release and it dropped a teeny 13.7% from the previous weekend. It’s taken in over $564 million in America and its international gross currently sits at *deep breath* $1,108,515,367.

The only other new movie to debut in the top ten this week was the historical romance Mr. Malcolm’s List, which brought in $851,853 frrom 1,384 theaters. Otherwise, the top ten was full of familiar faces. Everything Everywhere All at Once is still hanging in there, and is even one spot higher than Doctor Strange in the Multiverse of Madness, despite having been in theaters six weeks more than Marvel’s latest. It even added an extra 83 theaters to its run. I’m fascinated to see how long A24 can ride this train for. It truly is the indie hit of the year, and hopefully other smaller non-IP titles can follow in its path during this tough period for the market.

In limited release news: the drama The Forgiven grossed $132,565 from 124 theaters; the documentary Hallelujah: Leonard Cohen, a Journey, a Song made $26,000 from three locations; and Fourth of July, an attempted comeback from self-confessed sex criminal Louis C.K., made $12,100 from two cinemas.

This coming week sees the release of Thor: Love and Thunder. I imagine that one will pull in a few quid.


← 'Ms. Marvel' Recap, 'Seeing Red:' Lots Of Daggers And No Cloaks | Amber Heard's Legal Team Is Going for the Appeal →