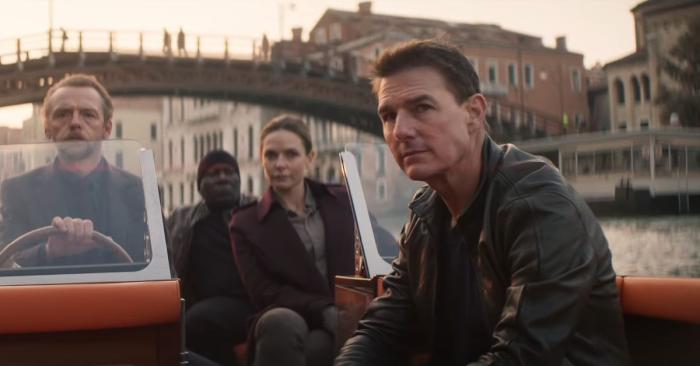 The 'Mission: Impossible – Dead Reckoning Part One' Trailer Was Worth the Wait

As you’ll recall, production on the seventh Mission Impossible film, Dead Reckoning: Part One, has been underway since nineteen dickety-dick. Since shooting began on the film, Tom Cruise has shattered a femur, broken a rib, punctured a lung, cracked his skull (twice), undergone open-heart surgery, as well three organ transplants during production that has taken place on all seven continents, as well as the moon. The film has also been delayed by the COVID-19 pandemic, SARS, monkeypox, the Great Depression, the Great Recession, the Spanish Flu, two World Wars, and the Spanish Inquisition. Also, Tom Cruise yelled really loudly at crew members once for not wearing masks.

Cruise, Ving Rhames, and Simon Pegg return, as well as Rebecca Ferguson, who is now wearing an eye patch (having lost an eye to space debris). They’ll be joined by Hayley Atwell, Vanessa Kirby, Shea Whigham, and of course, Cary Elwes, who was bitten by a snake earlier this year (unrelated to MI).

The film is still not due out for another year, in July 2023, but as you can see from the trailer, it’s been well worth the wait. The question now is whether humanity will survive long enough to see 147-year-old Tom Cruise parachute to the top of Mt. Everest from the moon? My guess is that Cruise himself will single-handedly stave off the end of Democracy and an apocalypse to ensure that it happens. Hail Xenu.


← Box Office Report: 'Multiverse of Madness' Still on Top; Strong Debut for 'Downton Abbey' Movie | Conan O'Brien Knows Exactly Who Should Play Him In A Movie →