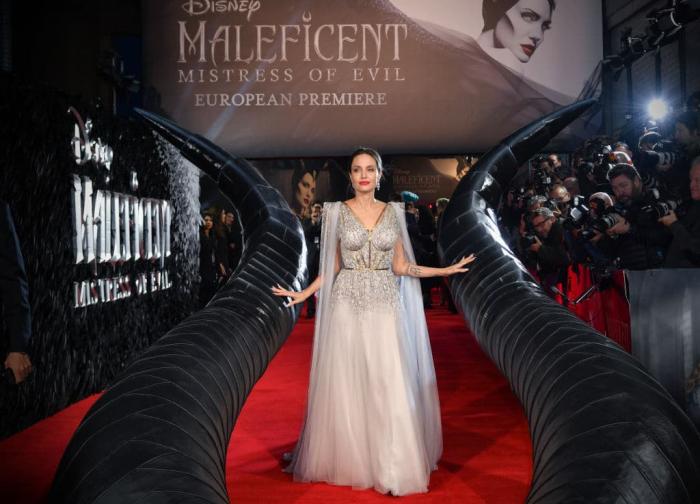 Box Office Report: The Mistress of All Cheekbones

When Disney released Maleficent, a pseudo-feminist re-imagining of the origin story of one of their greatest villains, I’m not sure they expected it to be the major hit it became. Sure, it was pricey and they expect it to do well, but remember, that thing made more money than Captain America: The Winter Soldier and The Amazing Spider-Man 2. A sequel was inevitable, but five years later, it seems audiences’ interest in the story has greatly dimmed. While Maleficent: Mistress of Evil took the top spot at the box office this weekend with $36 million, that’s nearly half of the $69.4 million opening for the first movie. Internationally, it’s done strong enough, and reviews have been pretty kind, but don’t expect this thing to make over $700 million like the last one.

Joker is holding strong at number two in its third weekend, adding another $29.2 million to its lofty domestic gross. It’s already made $247 million in the U.S., which is higher than the domestic intakes of both Venom and Logan. Internationally, it’s now at $737.5 million, which puts it at number eight on the list of highest-grossing movies of 2019 so far. That’s $80 million more than the worldwide intake of Justice League and it’s only $9 million away from topping the gross of Suicide Squad. Sorry not sorry, Jared Leto.

Debuting at number three is Zombieland: Double Tap, a very unnecessary sequel that took in $26.7 million on a $42 million budget. I really don’t have much to say about this movie. Were people asking for it?

Climbing to number 11 is Bong Joon-ho’s Parasite, with a $1.2 million weekend from only 33 locations. That’s a per-theater average of $37,616. And it deserves every penny! Indeed, Parasite has now set a very high bar for limited indie releases this season. Pedro Almodovar’s Pain and Glory, which is doing incredibly well, has made $1.13 million in three weeks, while both The Lighthouse and Jojo Rabbit opened strong with $419,764 (eight theaters) and $350,000 (five theaters) respectively. Both are highly hyped and I loved them. I hope they do well as they slowly expand into other markets.

This coming week sees the release of Kanye West’s Jesus is King, The Current War (remember that one?), horror film Countdown, and thriller Black and Blue.