TIFF 2019: The Ceaseless Violence of the Syrian Civil War and the Resilience of Those Who Remain is Captured in ‘The Cave’

Nothing about The Cave makes it an easy watch. When I saw this documentary at TIFF, it was with Atmos sound quality, which made all of the horrifying elements of Feras Fayyad’s latest even more real. The gigantic boom of missiles, the screams of injured children, the wails of their mothers, the crackling sound of spreading fires. Fayyad’s last film about the Syrian Civil War, the Academy Award-nominated Last Men in Aleppo, was a particular kind of harrowing. The Cave is right up there with it, a portrait of the people who stay behind, who offer their help, who give up the progression of their lives to assist in the survival of others.

Remember that Mr. Rogers quote “Look for the helpers”? That’s a reassuring thing to remember when watching The Cave, but what the film does so well is demonstrate that there is a limit to this kind of selflessness. In the face of what seems like an unstoppably evil force, how much of your personhood must you abandon? How much is too much? It’s a question often considered by the people featured in The Cave, which is set in an underground hospital staffed by medical students, nurses, and other volunteers who remain in Ghouta, Syria, on the outskirts of the capital Damascus. From April 2013 to April 2018, eastern Ghouta was under siege, attacked by the Syrian government of Bashar al-Assad and allied Russian forces, and Fayyad shows us both the underground caves and tunnels Syrians have constructed in order to survive, and the aboveground devastation that has leveled entire cities. 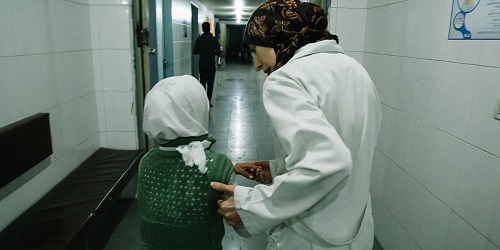 Dr. Amani, a young Syrian woman who runs the hospital, can identify the sound of the fighter jets and warplanes, can guess how long it will take for the missiles to fall, knows to call the hospital staff to order when the attacks are coming. Because an attack means victims, and the victims are often children—rushed in by their parents, or if their parents have died, by other siblings. Covered in ash and dust. Streaked with blood. Limbs askew, bodies impaled or crushed. As a pediatrician, Dr. Amani has a special way with children, and a stellar confidence. She soothes them as she washes faces of blood, sticks fingers in babies’ mouths to clear out dust that causes them to choke, or bandages up their wounds. But for how long can she do this? How long will this violence continue?

Dr. Amani, barely 30 years old, oversees a hospital staff of about 100 people. One of her closest colleagues is Dr. Sahil, an older male surgeon who uses the underground hospital’s spotty Internet to cue up videos of classical music to listen to as he operates—one of the only small joys left to him, as he’s purposefully separated himself from his family so that they’re not endangered by their connection to him. Also close to Dr. Amani is Samaher, a sort of motherly figure to the hospital staff, who assists Dr. Sahil, cooks for the workers, and jovially jokes around with everyone. But when a missile drops, Samaher transforms into an entirely different person—shell-shocked, wracked with amnesia, afraid out of her mind, until it’s time to help someone, and then she snaps back. “We are living in darkness … like a grave,” they observe, but at least they’re trying to make a difference. Against all odds, they’re trying.

“This life will be very tough, but it’s more honest,” Dr. Amani says, and what is respectable about Fayyad’s documentary is that he doesn’t shy away from the self-doubt exhibited by these people, from their fears or concerns, from their frustrations and resentments. Dr. Amani in particular is the conflicted focus of this, and you feel for her as she realizes her own limitations as a doctor under these conditions. She can tell parents their children are starving, but she can’t magically create food; she can prescribe medications for sick people, but she can’t magically create a stocked pharmacy. In a particularly tense moment, she snaps at a father who doubts whether a woman should be running a hospital with “I don’t know what makes people have children under these conditions”; she looks slightly chastened when he responds with “God forgive you for what you said,” but her resentment is still palpable. Ghouta is under siege, a place destroyed bit by bit every single day—as we literally see when Dr. Amani ventures outside to see the damage left behind by missiles dropping on the hospital—and the people who remain are dying in a myriad of ways.

Nevertheless, The Cave isn’t powerful just because of its focus on violence and tragedy (but be aware—this is rough, and the surgical scenes in particular might be too much for some viewers), but because of the moments of camaraderie and support it captures within the hospital staff. Samaher is a delight, and her antics with her coworkers regarding their meals are particularly amusing, even as they’re shaped by a lack of resources: her arguments about whether Chinese or Swiss salt is better, her struggle to cook good rice without much water, her planning of a surprise birthday party for Dr. Amani. Another scene, where Dr. Amani, Samaher, and other female medical students travel to a woman’s home to offer her a job, underlines their determination to create opportunities for women widowed by the war.

But Dr. Amani’s question of “Can we really be helpful and make a difference here?” is always lingering, and The Cave can’t ignore it. It doesn’t pretend that the Syrian Civil War is going to get better, or that the Syrian government is going to let up, or that Dr. Amani and her coworkers and their patients will ever be the same after all that has been endured. “Please, be honest: Am I dying?” a wounded child frantically asks Dr. Amani, and thankfully, the boy lives. What The Cave addresses unflinchingly and unforgettably is how many others haven’t.

The Cave received its world premiere at the 2019 Toronto International Film Festival. It opens theatrically on Nov. 18 and will be distributed by National Geographic Documentary Films. 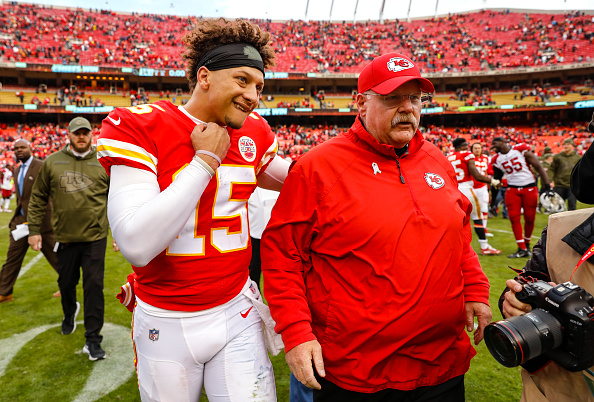 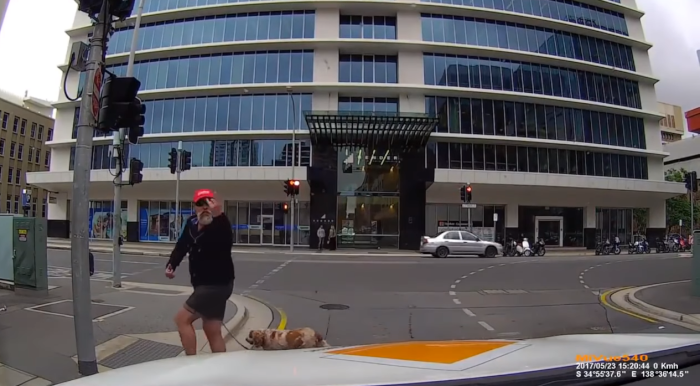