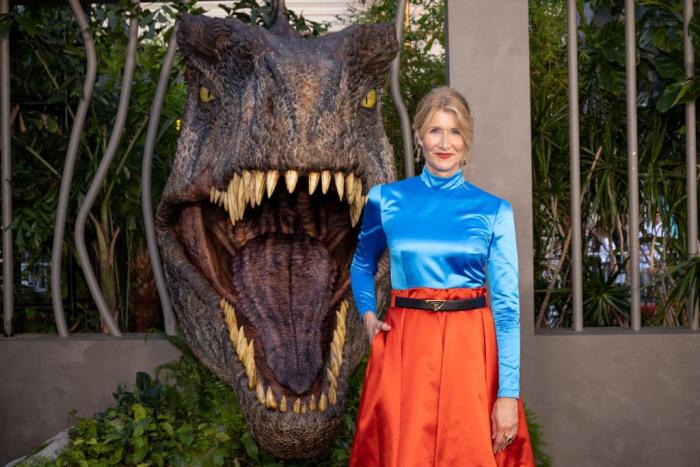 Blockbuster season is thoroughly back in town. We’ve had basically three major tentpole hits in a row, which will allow those studios to breathe a sigh of relief. The new top dog this past weekend is Jurassic World Dominion, which easily soared to the top of the list with a $143.4 million domestic gross. Critics hated this installment but it’s a Jurassic movie so it was basically review-proof. It’s dinosaurs, guys. People like dinosaurs. This was always going to do well, even if it still fell short of its predecessors (Jurassic World opened to $208 million in 2015 and Jurassic World: Fallen Kingdom took in $148 million in its 2018 opening.) Unlike its big-budget contemporaries of 2022, Dominion is benefitting from receiving a release in China, where it earned a hefty $52.5 million so far. According to Box Office Mojo, about 25% of its current worldwide gross is from IMAX and other premium formats.

Everything Everywhere All at Once also made history by becoming A24’s highest-grossing movie worldwide, overtaking Ari Aster’s Hereditary. With $83.5 million in the bank (from a reported $25 million budget), it remains the indie smash of the year and is still pulling in strong audiences after 12 weeks of release. It’s still in the top ten as well, outlasting the likes of Fantastic Beasts: The Secrets of Dumbledore. Yes, let’s all enjoy a quick laugh over that. Doesn’t that feel nice?

This coming week sees the release of the Pixar animated prequel (?) Lightyear.


← Ezra Miller Missing After Court Grants Protective Order | A Bipartisan Coalition Has Agreed on Gun Safety Legislation. Will It Matter? →