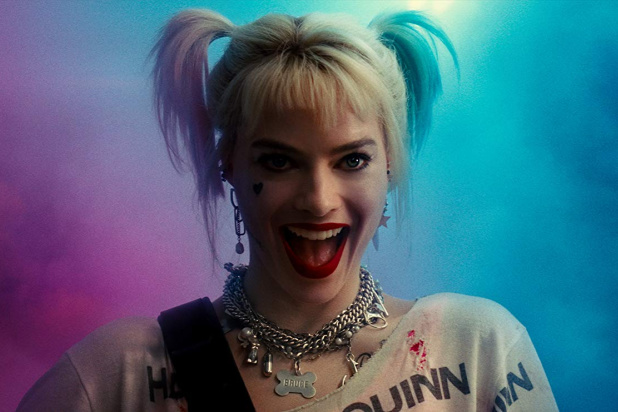 'Birds of Prey' Coming To VOD Early For Your Social Distancing Needs, And 'The Gentlemen' Because Racists Need Entertainment Too

Warner Bros. has announced Birds of Prey: And the Fantabulous Emancipation of One Harley Quinn will be coming to digital on March 24. This is much earlier than anticipated, considering the DCEU offering is still in theaters. But with movie theaters across the nation shuttering to help flatten the curve of the coronavirus, Hollywood studios have been making some tough and unconventional choices.

Tentpole releases like A Quiet Place Part II, Mulan, Fast and Furious 9 and No Time To Die have been postponed. Yesterday, Universal became the first studio to announce they are breaking the standard 74-day window and pushing their current theatrical slate to streaming, which includes the April release Trolls World Tour. Now, Warner Bros. is following suit with their Suicide Squad spinoff.

Ahead of this announcement, Bird of Prey director Cathy Yan publicly supported such a move on Twitter.

I would not be opposed to putting Birds of Prey on VOD earlier. https://t.co/TrKynikHLx

However, there’s one notable difference between these studios’ strategies. Universal is offering Emma, The Invisible Man, The Hunt and Trolls World Tour as on-demand 48-hour rentals for a suggested retail of $19.99. According to Variety, Warner Bros. is making Birds of Prey available for purchase for $19.99. Rentals of the title won’t be available until April.

This bold move might help Birds of Prey’s box office reputation. Though the $85 mil film has made nearly $200 million worldwide, it’s been described as a dud compared to the other DCEU offerings, like Shazam ($365 million) Justice League ($657 mil), Aquaman ($1.1 billion). On VOD, this fantabulous and feminist film could get a second life, where fans can revisit the wild adventures of Harley Quinn, Black Canary, The Huntress, Renee Montoya, and Cassandra Cain. Plus, the under-18 audiences who love Harley might find it easier to get access to the R-rated film as a digital offering.

Is that okay for your kid? Check out our parents’ guide to Birds of Prey.

Yet Birds of Prey isn’t the only theatrical release that announced a flight to VOD yesterday. STX’s The Gentlemen will also hit streaming on March 24, though it’s still technically in theaters. The Guy Ritchie romp is reportedly racist and boring, but…nope. That’s it. That’s all I got.