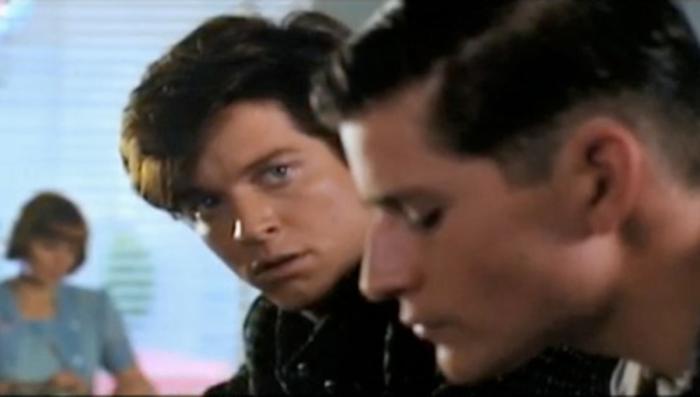 Before Being Fired, Eric Stoltz Was a Pain in the Butt As Marty McFly on the Set of 'Back to the Future'

Over the weekend, I was rewatching old Scrubs episodes with my son as a part of an article I was writing for Uproxx, and among them was the terrific episode with Michael J. Fox. He plays a brilliant doctor with OCD in “My Catalyst.” I asked my son if he recognized Michael J. Fox, and he had no clue, despite the fact that he has seen Back to the Future, and Fox — like Paul Rudd — doesn’t age. Later that same day, Lea Thompson was on an episode of The Goldbergs (that she directed) and, again, my son didn’t recognize her from BTTF. Then this morning, I was listening to the latest Scrubs rewatch podcast, and this episode featured Christopher Lloyd, and when I sat down early this morning, another Back to the Future story began circulating after the film’s screenwriter addressed a popular plot hole.

Basically, all of this said to me that I needed to write about Back to the Future today, and in that Scrubs podcast, Donald Faison gave me the perfect entry point: He told a story about Christopher Lloyd and the original Marty McFly, Eric Stoltz, which he read in a book given to him by Justin Long. The book is We Don’t Need Roads: The Making of the Back to the Future Trilogy by Caseen Gaines, and the book relays the entire account of Eric Stoltz’s firing.

I mostly know Stoltz as a frequent presence in early Cameron Crowe films. Stoltz was like Greg Grunberg to J.J. Abrams or Joseph Gordon-Levitt to Rian Johnson — a regular presence — and Crowe had promised Stoltz a role in all of his films, which Stoltz accepted up through Jerry Maguire. Still, to me, despite a fairly extensive filmography, Stoltz will always be remembered as the key master. 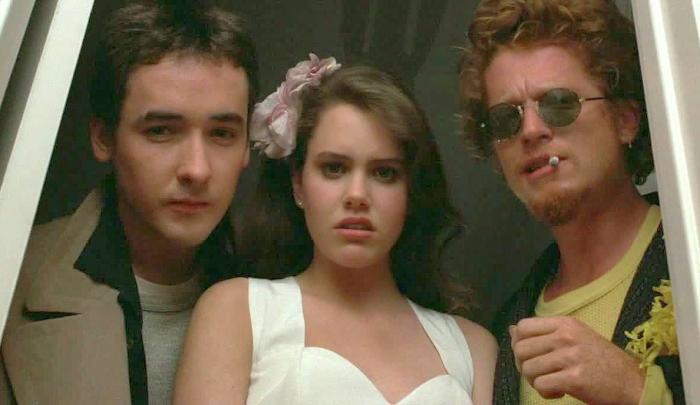 I knew — as most do — that Stoltz was originally cast as Marty McFly in Back to the Future, but I always assumed that he’d been fired because he was simply ill-suited to the role. He was ill-suited to the role, but he was also kind of a dick. The story that Faison shared on the Scrubs podcast was indicative of that. Stoltz — fresh off his Golden Globe-nominated role as Rocky in Mask — decided to method act. In Back to the Future. A sci-fi comedy. Here’s that story, from the book, excerpted by Vulture:

For [producer Neil] Canton, the night that he had assumed would be filled with unhappiness got off to a surprisingly lighthearted start when he received a much-needed laugh from his old friend Christopher Lloyd. “I knew Chris because we had worked together on Buckaroo Banzai,” he says. “He was funny. When I told Chris that we were going to be replacing Eric in the film, he looked and me and said, ‘Well, who’s Eric?’ I said, ‘Marty,’ and he said, ‘Oh, I really thought his name was Marty.’ To this day, I don’t know if Chris was just pulling my leg.” Canton’s amusement came from the fact that, on set, Stoltz adhered to his method acting instruction and refused to answer to his real name, to the frustration and eye-rolls of many on the crew. Those on the production team didn’t find the request as grating as the rest on set did. “We almost always called him Marty,” Bob Gale says. “We thought it was silly, but we figured if it helped him do his job, it was harmless. There were a few people on the crew who’d worked on Mask and they called him Rocky, the name of his character in that film.”

Has there ever been a good example of a method actor, aside from Jim Carrey at the 1999 MTV Movie Awards? No. No there is not. Apparently, that was part and parcel of why Stoltz was fired. Stoltz — who originally beat out Johnny Depp, Charlie Sheen, John Cusack, and C. Thomas Howell for the role — brought too much intensity to a comedic performance, said Lea Thompson. He was a bully to Tom Wilson, the guy who played the bully, Biff Tannen. When he was finally fired, the crew — despite needing to reshoot much of the film — was relieved that he was gone.

Stoltz, for the record, was not the only difficult person on that set. Crispin Glover was also a pain in the ass, which is why he was not invited back for the sequels.

← Netflix Review: Will Forte, Alessia Cara, And Maya Rudolph Star In Netflix's 'The Willoughbys' | Explore Without Leaving Home With These Live-Feed Cams From Zoos And Other Locations →