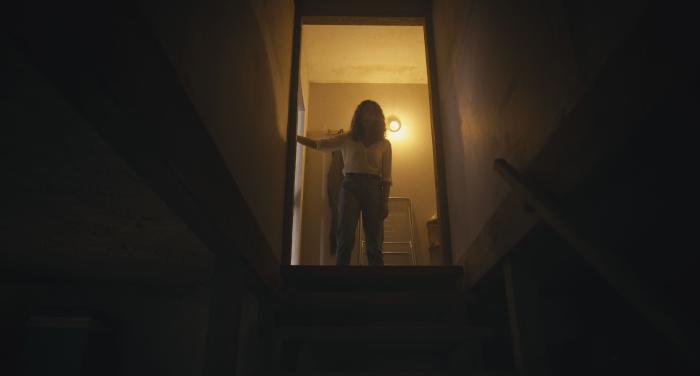 Now on HBO Max: ‘Barbarian’ Is a Flawed but Audaciously Unexpected Horror Film

There hasn’t been a film since 2021’s Malignant where the act of watching the trailer or even looking it up online was ill-advised. Like James Wan’s sleeper hit, Barbarian is a horror film that excels at preparing the audience for the unexpected - jaws on the floor. It’s difficult to review something when nothing should be said at all, but we’ll stick to the basics.

Anna Drubich’s score opens Barbarian. Fantastic throughout, and one of the best horror scores of the year, it evokes a suffocating eeriness as the camera pans down a darkened street. The only home with a light on is the Airbnb that Tess (Georgina Campbell) is checking into. It’s a very modern and relatable premise, as travelers are forgoing hotels for the more homey experience of an Airbnb. But like horror classics of the past, namely Alfred Hitchcock’s Psycho, you never know what awaits you when you spend the night somewhere unfamiliar. And turns out, Keith (Bill Skarsgård) has already checked in using a different service. This snafu is inconvenient and annoying for both parties, but it’s late, it’s pouring rain and Tess has nowhere else to stay, so Keith invites her to stay the night. Despite the red flags, she accepts. In a brilliant title card transition, Zach Kuperstein’s camera sucks us into the home with Tess, like we’ll never be able to get out.

With his genius turn as Pennywise, Skarsgård could easily be typecast in his career. He’s both handsome and a bit creepy at the same time with his chiseled jaw and deep-set eyes. Director Zach Cregger’s casting of Skarsgård is brilliant because, like Tess, the audience is automatically suspicious of him. Her stranger danger alarm is set to high volume, as she locks every door behind her. It takes a while for the frights to really begin as the pair get to know each other, with Keith trying to make her feel as comfortable as possible. It’s awkward at first, but Keith has a nervous charm that takes down Tess’s guard slowly. There’s more to this house than meets the eye, his character being an example of the first-time solo director and screenwriter playing with our expectations.

The warning signs for Tess to get out are everywhere, especially when she sees for the first time in daylight that the Airbnb is situated in an abandoned neighborhood. Her curiosity to know more about the home leads her to discover a hidden passage in the basement. Staring down this pitch black hallway, she says “Nope!” instead of going in. A horror film protagonist always goes where they shouldn’t, so this response elicited both surprise and laughter from the audience at my screening. It’s unexpected, but of course, the story has to go somewhere, so she can’t stay on the safe side for long. She enters a dark, twisted abyss of endless hallways and rooms, soon discovering a secret no one can predict.

Barbarian is unique and audacious in many ways. Just when we think we have it all figured out, we’re thrown for a loop. It’s gory, disgusting, and uncomfortable all at once, with Campbell masterfully anchoring this story and becoming a final girl to remember. While the score is excellent, it’s the piercing, unnerving silence that adds to the tension as Tess makes horrific discoveries. Cregger then shifts the tone abruptly to introduce Justin Long’s character, an actor dealing with rape allegations in a half-baked #MeToo storyline. (His deeper connection to the story is best left unspoiled). Taking the audience out of and away from the terror so suddenly and for a bit too long ruins the film’s momentum, but Long is so hilariously entertaining that it becomes a very small gripe. There was rarely a moment where his dialogue and actions, especially his moments of stupidity, didn’t cause my theatre to burst out laughing. This is where Cregger’s background in comedy is evident, and injecting so much humor into the script adds to its unexpected nature even more. The audience also laughs when they really shouldn’t be, as the film fumbles in execution at times and you can’t tell if moments are so bad they’re good or just plain bad.

Barbarian is a horror experience that will translate best in a crowded theatre because its strongest aspect is the reaction it is able to elicit from an audience. It doesn’t land well as a whole with such a rushed ending, but its play on how monsters in horror have transformed and how their form may be more subtle than we’ve come to know will leave a lingering chill down the spine.