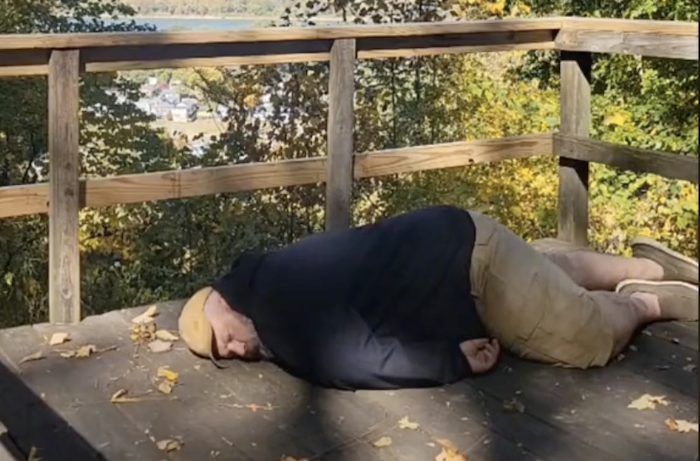 Dreams can still happen. If you really put your mind to it, you can accomplish anything! Just ask Josh Nalley, a 42-year-old Kentucky man who has been working diligently over the last year to land a gig as a corpse on a movie or television show. How? By shooting scores of TikTok videos in which he auditions … as a corpse. To wit:

He posted videos of himself playing dead for 321 days to his TikTok page, Living Dead Josh, and he’s amassed over 100,000 followers and over 4 million likes. The videos are weirdly … calming?

The “hard work” has paid off, too. He’s landed a gig as a corpse in an episode of CSI directed by Mario Van Peebles, which will air next week. Do you see, folks? Never give up on your dreams!

If I film myself eating tacos every day for 321 days, I wonder if I can get a television show to cast me as “Guy eating tacos”? I gotta dream big!