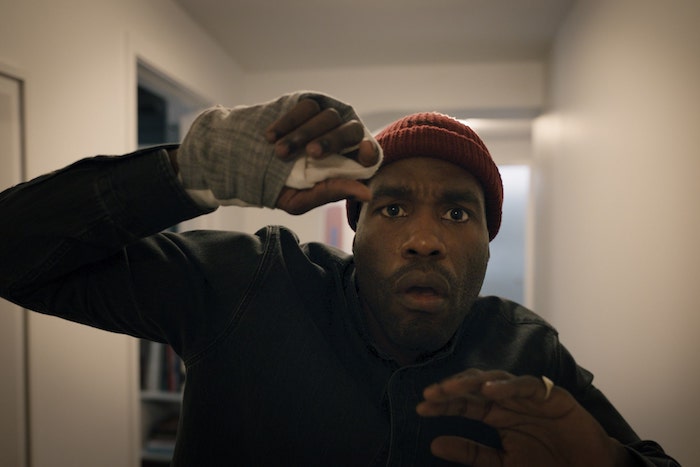 An Entomological Quibble: The Bees in 'Candyman' are Basically Wasps in Real Life, Actually

The bees in Nia DaCosta’s new Candyman film really should have been wasps. Yes, this is a very niche hill to die on. But also: hear me out.

Look, I understand that they are not supposed to be normal bees, but Candyman-possessed bees, and that they are bees because the Candyman origin story involves the gruesome murder of Daniel Robitaille, who is maimed and then intentionally left to be stung to death by a swarm of angry bees.

However, in DaCosta’s film, bees consistently act in ways that are very much not like bees—and a whole awful lot like wasps. The whole thing where Anthony’s (Yahya Abdul-Mateen II) body starts decaying and his mind is taken over after an insect attack? That’s not too far from things that actually happen—at least, when it comes to one particular group of insects.

Now, I’m just going ahead and assuming that most denizens of the interwebs are not familiar with parasitoid wasps, because if you all were, then we wouldn’t have gotten a full 24-hour Twitter cycle dominated by murder hornets last year. If you want nightmare fuel with wings, murder hornets are little leagues. Junior varsity. Ain’t no thing.

Yes, it’s true that Asian giant hornets, to use the more official moniker, are deeply concerning as an invasive species because North American bees have not evolved defenses against them and therefore get absolutely decimated. Over in Asia, where honeybee populations evolved alongside murder hornets, however, bees have adapted ways to survive.

Namely, when a giant hornet approaches, Asian bees defend their hive by dive-bombing the invader en masse and smothering it to death. This phenomenon is called, to quote the actual scientific literature, a “hot defensive bee ball.” And that’s how murder hornets meet their end. (They are also susceptible to praying mantis attack.) Little leagues, like I said.

Then there are parasitoid wasps. Parasitoid wasps are so diabolical that Charles Darwin used their existence as the ultimate evidence for why life on earth could not possibly have been designed by a benevolent god. 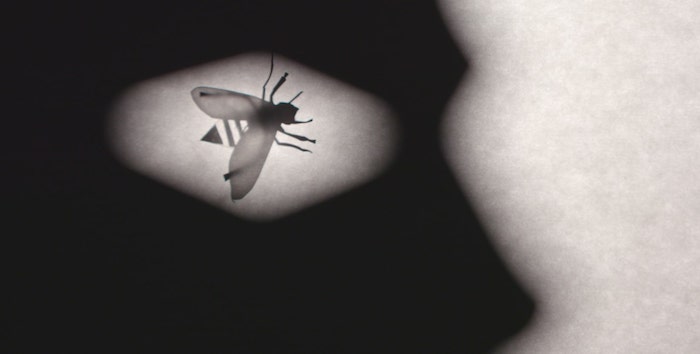 “Parasitoid,” for those unfamiliar, is like “parasite,” but the worst possible version. Parasites live off their hosts; parasitoids are unique in that they need to kill their hosts in order to complete their life cycle. A lot of times, this looks like a parasitoid laying its eggs inside an unsuspecting host, who is then eaten alive from the inside out. And yes, sometimes this process involves scenes highly reminiscent of the Alien chest-burster. (Where do you think they got the idea?) NOTE: there is video evidence out there. DO NOT WATCH IT. I wish I could unsee what I have seen; all I can do is encourage that you spare yourself the same pain.

Another key distinction: murder hornets are one species. Parasitoid wasps are not. By some estimates, there might be as many as 2 million unique parasitoid wasp species out there. It’s possible that they could even be the most diverse group of animals on the entire planet.

Anyway, to bring things back to Candyman, Anthony, with his Cronenbergian decay post-bee-sting, gives off very strong “I’m being eaten alive from the inside” vibes, which in turn screams WASPS. (There are no parasitoid bees. Bees are, for lack of a better phrase, good people. Especially in comparison to wasps.)

Unlike murder hornets, no “all for one and one for all”-style bee ball is about to thwart parasitoid species, in part because some of them literally hijack their victims’ minds. This conveniently brings me to the second reason why the bees in Candyman are actually wasps. After the bee sting, Anthony quickly begins to lose control of himself, behaving in ways he cannot fully understand or comprehend. There are parasitoid wasps that actually do this to their hosts. Wasps belonging to the genus Polysphincta, for example, not only lay their eggs on a host spider but also inject the spider with psychotropic chemicals that manipulate it into spending its last days spinning a modified web that will protect the cocoons of the soon-to-be-pupating larvae about to kill it.

In sum, that Anthony’s spiral into Candyman could be caused by an insect attack is actually not as far removed from reality as you might think—it’s just definitely a wasp, not a bee.

← The 'Final' Trailers for 'No Time to Die' Are Out, Plus a Retrospective on Daniel Craig's Bond is Coming | How's that 'Back to School Thing Going? →