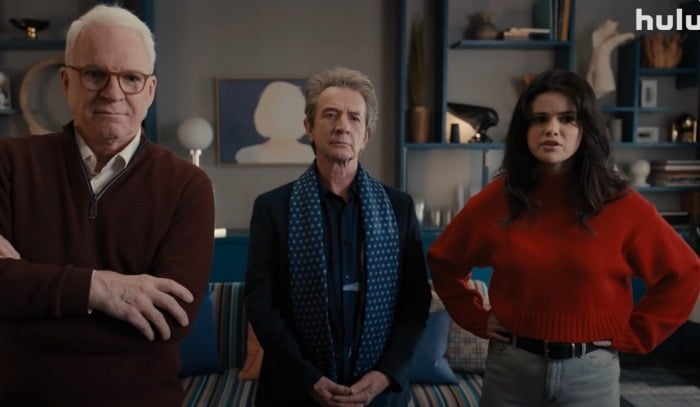 Only Murders in the Building on Hulu at 12:01am ET. Series premiere. This is a new series that’s a sort of crime comedy about three neighbors who decide to investigate a mysterious death in their building for a podcast. The neighbors are played by Steve Martin, Martin Short, and Selena Gomez. It’ll be interesting to see how they dramatize the process of making a podcast, since that is not an activity I tend to think of as particularly dramatic.

Man Vs. History on History at 10:00pm ET. First season finale. Tonight’s episode is about “Revere’s Midnight Ride” and will probably include the shocking information that he did not ride through town yelling anything since the goal was to alert the other patriots about the British approaching in secret.

← How's that 'Back to School Thing Going? | Now on Hulu: 'Vacation Friends' Is Passable, But It Doesn't Deserve to Be →