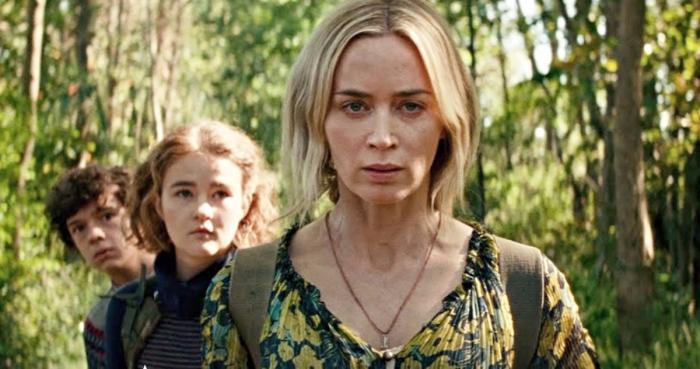 One of the last movies I saw in theaters before the world shut down in 2020 was A Quiet Place Part II. It was a press screening that—unbeknownst to us—was on the precipice of a Before/After moment. Like many others, the movie’s release got bumped because of the shuttering of cinemas. It’s strange that as the world reopens, this sequel to a movie I raved about three years back could be the first movie I see in theaters post-pandemic. It’s even stranger to watch this trailer and see how it captures the before and after of the life-changing events of the first film.

John Krasinski returns as co-writer/director/star alongside his wife, Emily Blunt, and onscreen kiddos Millicent Simmonds and Noah Jupe for a monster movie about then and now. Take a look.

Following hard on the events of A Quiet Place, its sequel shows not only how the alien invasion happened, but also what dangers the Abbott family faces after they uncover their foe’s kryptonite. What will the world look like after their lockdown? I suspect this will hit differently now.

A Quiet Place Part II opens in theaters on May 28.