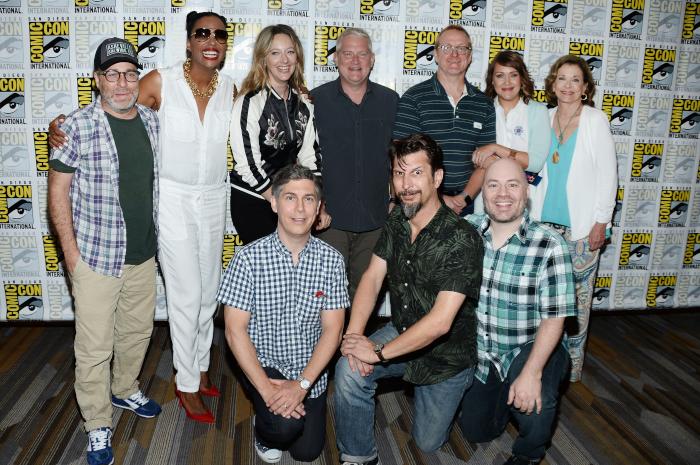 I have watched every episode of Archer so many times that sometimes my inner monologue sounds like H. Jon Benjamin. I know every line by heart. It’s what I have on as background noise when I’m cooking or cleaning because the voice acting and dialogue are so sharp, it’s like listening to a radio play. I don’t even have to glance at the screen anymore to know what’s going on. It’s playing as I type this.

I’m also a big fan of unions. Like any organization, they’re as venal, corrupt, and inconsistently useful as the people who run them. But generally speaking, I’m a big fan of anything directly responsible for creating weekends, workplace safety standards, workers’ compensation, and vacation\sick time. Without organized labor, these things wouldn’t exist. They continue to be one of the few support structures in place to protect the working woman and man against predatory companies. So when I heard Floyd County Productions, the animation company behind every “danger zone” was denying its employees the opportunity to unionize, I went all

They don’t say that’s what they’re doing, but three days after the union posted a video announcing their intentions, Floyd County Productions went from encouraging their employees to share information about the shows they’re working on to announcing a new policy that requires official approval before any social media posts or interviews regarding the company. They’ve hired a law firm that prides itself on defeating employee lawsuits. Despite a majority of employees in public support of unionizing - hoping to join the Communication Workers of America - Floyd County Productions appears to be dragging its feet the entire way.

I probably don’t have to tell you that stable employment in television production isn’t exactly a sure bet. Shows end all the time and when they do workers are often let go or placed on hiatus, and require unemployment. Jobs get outsourced to areas with lower pay and less stringent employment protections. And I have my own issues with unions, which in my purely subjective experience seem more eager to help workers who’ve been busted for drinking on the job than those who were bullied by their managers for years. But in general, organized labor is better for both workers and, long term, companies and institutions. Happy, healthy employees work harder.

I hope the employees’ organizing efforts succeed. Season 12 of Archer is on its way, and according to Deadline, Jessica Walter blessed us with her magnificent Mallory Archer voicework one more time before she passed. I’d like to enjoy it knowing the artists who created the best workplace sitcom of the aughts* were fairly treated for their labors.

*I know, you think that title goes to The Office or Parks & Rec. We’ll discuss why you’re wrong at a later date.