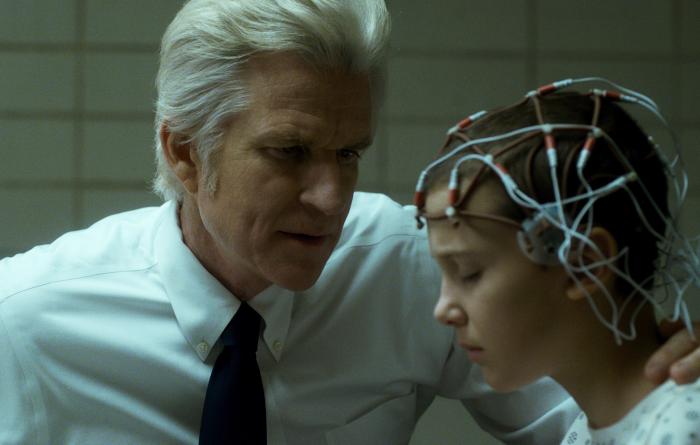 I know that we’re probably supposed to be more excited about teasers and try to tempt you into clicking on these posts and watching them because we are apparently an extension of the PR, marketing, and advertising industry, but come on now! This teaser is a minute long and completely useless. Don’t even bother watching. You’re not going to learn anything. There’s not even a release date here. Not even a “Coming soon,” so we don’t even know if it is coming soon! (It’s probably coming soon.)

It appears as though we’re looking at a mental hospital for children — Hawkins National Laboratory — where they play Plinko. It’s in the past, and Eleven is there, and her room number is 11. We also see the back of Matthew Modine’s character, Dr. Martin Brenner, the overarching antagonist of Stranger Things. “Today, I have something very special planned for you,” he says to the kids. And then he asks, “Eleven, can you hear me?”

That’s all you get. Here it is:

There’s not even a hint about what happened to David Harbour’s character here, although we did get a glimpse of that in a teaser released a year ago! Here’s what we do know about season four, however: David Harbour will be in it, but Dacre Montgomery (Billy Hargrove) will not. There will also be a number of new characters, played by Jamie Campbell Bower, Eduardo Franco, Joseph Quinn, Sherman Augustus, Mason Dye, Nikola Djuricko, Tom Wlaschiha, and the Robert Englund. How fitting.

Season four of Stranger Things will debut whenever it bloody well feels like it.