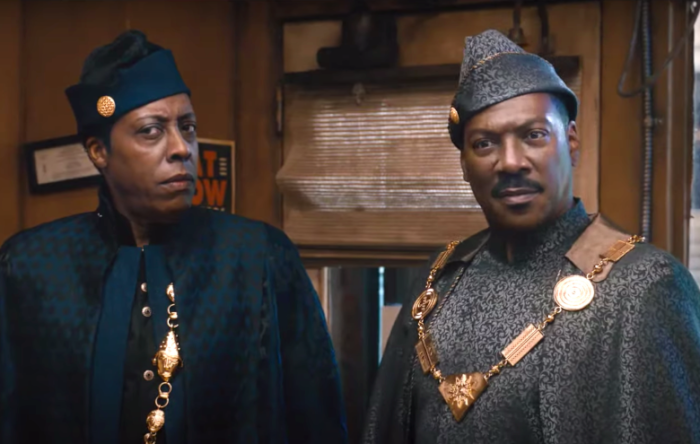 To be honest, Coming to America was not one of my favorites of the early Eddie Murphy movies. It was fine, but it also benefited greatly from the novelty of Murphy and Arsenio Hall playing a variety of characters. The novelty of that faded about halfway through Nutty Professor II - The Klumps. That novelty is more nostalgia in Coming 2 America, and while it’s fun to see Wesley Snipes, Leslie Jones, and Tracy Morgan (as well as John Amos and James Earl Jones), the excitement in seeing them is not enough to overcome the bad jokes in the trailer (“Hey ho!”). Murphy and Hall, however, do look great for being two men on the cusp of becoming senior citizens.

Meanwhile, the Coming 2 America director, Craig Brewer, hasn’t made a good film since his debut, Hustle and Flow (and that one was iffy), although he’s made several bad ones since (Black Snake Moan, the Footloose remake). The film’s plot is not exactly winning, either. Before being crowned the King of Zamunda, Prince Akeem travels back to America to meet his illegitimate son and bring him back to Zamunda with his mother (Jones) and uncle (Morgan) in order to honor the former king’s dying wish to groom his grandson as the crown prince.

Coming 2 America debuts on Amazon on March 5th, which is about right, because I’m not sure I’d even want to pay $10 to see it in a theater. I want to be excited for it, but I just can’t muster it up.


← Morning Briefing: More Hopeful Vaccine News, Plus the Latest on the Stimulus Deal | Dolly Parton News Round Up: COVID Vaccine, Medals Of Freedom, Statues, And Switching Up "9 to 5" →