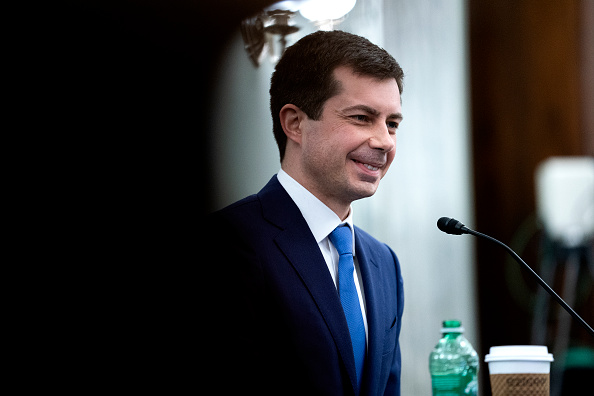 Morning Briefing: More Hopeful Vaccine News, Plus the Latest on the Stimulus Deal

Good morning. Someone should tell Kristi Noem that her state had the sixth-highest number of cases per capita, that South Dakota had double the deaths per capita of California, and that one in eight South Dakotans were infected.

Kristi Noem claims her “unique approach” helped her state get through the pandemic better than “virtually every other state” pic.twitter.com/pstjAPAY7s

I guess we’re still just making up sh*t? Here’s a fact, however: The number of infections continues to drop. I understand why numbers go up. The steady decrease in infections, however, remains something of a mystery to me. I know we’ve gotten past the holidays, so there are fewer get-togethers and maybe the winter has kept more people at home, but even in California where the weather is good, the numbers have dropped precipitously. Likewise in Texas and Florida, where they don’t give a shit about restrictions or mask mandates, although the drop is less precipitous. Maybe it’s the vaccines. Maybe it’s the mask mandates. Maybe it’s fewer gatherings. Maybe high infection rates have left fewer people to transmit the disease. I don’t know, but it sure feels like good news, although most scientists continue to warn that infection rates will surge again in March with the variants. However, even the UK and South Africa have also seen steep declines (thanks to tough lockdown measures. In South Africa, they straight-up stopped selling alcohol, which I’m now reading is a huge problem in South Africa).

The point is: Things are looking up, bit by bit. Biden increased the number of vaccines per week by 15 percent last week, and he’s adding another 6 percent increase this week. Moderna, meanwhile, is trying to squeeze 50 percent more doses into their vials, because part of the distribution problem is a lack of bottles. Just ship that shit in buckets, y’all, and we’ll dip our needles in and inject ourselves!

Meanwhile, over in the UK, they’ve discovered that the Astrozeneca vaccine not only protects people from serious illness and death but it also reduces transmission by 67 percent. That’s the key, yo! If the vaccines can prevent infection and reduce transmission, we will be able to watch James Bond in a movie theater this year (also our kids can go back to school full time but whatever, let’s remember our priorities).

Meanwhile, in the world of politics, before you even think about applauding Mitch McConnell because he condemned that lady, know this: He is still filibustering the organization resolutions in the Senate, which means that Lindsey Graham is still the chair of the Judiciary Committee, which is why Merrick Garland’s nomination for Attorney General is still being held up. Snakes. All of ‘em.

Justice Barrett wasn’t given a free pass on a routine 4-day hearing during her Supreme Court confirmation, and Judge Garland shouldn’t get one either on his nomination for Attorney General.

Read my full response to Senator Durbin about @senjudiciary hearing for the AG nominee. pic.twitter.com/b20CV3bTbn

NEWS: Per 2 Senate aides, Schumer & McConnell have finally reached deal on organizing resolution — meaning Dems will finally get gavels two weeks after securing the Senate majority. Schumer about to announce on floor.

There’s still a lot of jockeying going on in the House about what’s-her-face. From what Politico says, Kevin McCarthy is trying to pressure her to resign from the Education and Labor Committees, because what he doesn’t want is a vote on removing her, because the GOP will be forced to publicly take a side for or against her. McCarthy had hoped he could compel her to apologize for past statements and condemn QAnon, but that apparently is not going to happen.

Meanwhile, for what it is worth, the political media is saying that Biden kind-of, sort-of wants to cut a deal with the GOP on the stimulus package because he likes to negotiate, but his more progressive advisors (including Chief of Staff Klain) are saying peep that sh*t because they remember the Obama years, and they remember how hard Obama tried to please the GOP, and they remember that no matter how much effort Obama put into it, the GOP ultimately rejected his offers. So, they’re gonna go it alone, although they will still have to get Joe Manchin to go along, so they expect the $1.9 trillion deal to end up being closer to $1.3 trillion and it will probably pass in mid-March. Much of $600 billion in cuts will probably be in direct payments — the cut-offs will probably start with $50K in individuals and $100K for families. The problem, however, in this approach is that these cutoffs are determined based on 2019 taxes, and a lot of folks had very different 2020s.

— Adam Schiff is putting himself in the running to be appointed as AG in California as a sort of precursor a run to replace Diane Feinstein when her seat comes up. Pelosi has given him her blessing.

— Though he received a pardon from the former President, Bannon can still be charged for state crimes, and the Manhattan DA is coming for him for the same fraud charges.

— I love this so much: Georgia’s Secretary of State is investigating Lin Wood for … voting illegally.

— Vice President Kamala Harris has sworn in Pete Buttigieg as Secretary of Transportation.

.@brikeilarcnn rolls the tape on GOP Sen. Ted Cruz’s attempt to “cleanse” himself of efforts to undermine election results after he "spoon-fed" Trump supporters the big lie.