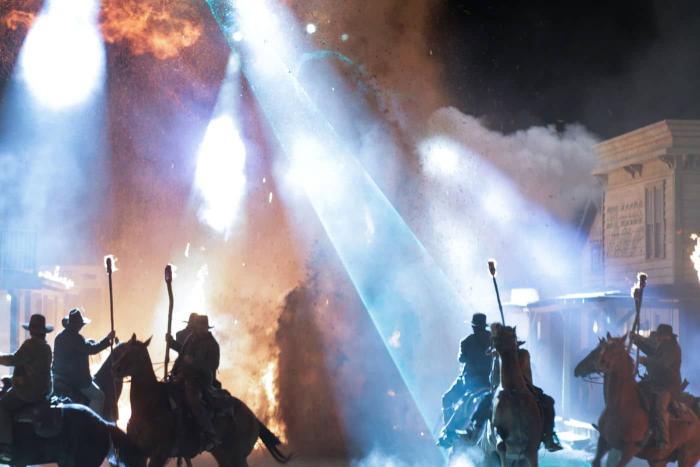 Kristy gave you a list of good movies and shows on HBO Max while I laid out most of the franchises the streaming service has on offer right now.

Then there is the whole exclusive deal to carry Zack Snyder’s Justice League cut when he finally makes it. This post is more along the lines of the Snyder news, as I’m sharing with you movies HBO Max decided to trot out even though no one actually wants to watch them.

Okay, maybe Paul, June, and Jason want to watch a few for How Did This Get Made or perhaps Mike, Bill, and Kevin of Rifftrax want to eviscerate them. Otherwise, it’s just masochism to watch something like all seven Police Academy movies on purpose.

Another Stakeout
Chris Lecce (Richard Dreyfuss) and Bill Reimers (Emilio Estevez) are tasked with finding Luella Delano (Cathy Moriarty), the only witness to testify against the Mafia in the government’s case against them. Joining the two detectives in their search is Gina Garrett (Rosie O’Donnell). Do I even need to further Explain anything about this movie? Would anything make you watch it after that setup??

Arthur 2: On the Rocks
Sure, I watched it on HBO as a child, but it isn’t good. Arthur (Dudley Moore) is an alcoholic millionaire looking to adopt with his wife Linda (Liza Minelli), but the father of the woman he jilted seizes control of his fortune. Arthur has to sober up and find a job while Linda has to convince an adoption agency that an alcoholic dipsh*t is actually going to be a fantastic father. Woof.

Batman & Robin
I don’t know what this is. I assume it is some Asylum ripoff of real Batman movies. MOVING ON.

Catwoman
How Did This Get Made already thoroughly thrashed this flick, but you can watch it if you hate yourself.

Clifford
Martin Short plays the title character. A 10-year-old boy. Being played by a 40-year-old man. Basically, Clifford is an annoying turd that makes his family and older brother (Charles Grodin) and his wife (Mary Steenburgen) bonkers. It tanked commercially and financially but found a cult following for some reason.

Father’s Day
Billy Crystal and Robin Williams are dudes tricked into looking for a woman’s missing son by her informing each man that he is the father of the kid. Part of the plot involves a Sugar Ray concert, so you know it aged well. /s

There are several more, as we aren’t even halfway through the alphabet yet. Hopefully, the right someone will see this and we can expect Rifftrax and HDTGM to take advantage of the bad movie treasure trove that is HBO Max.