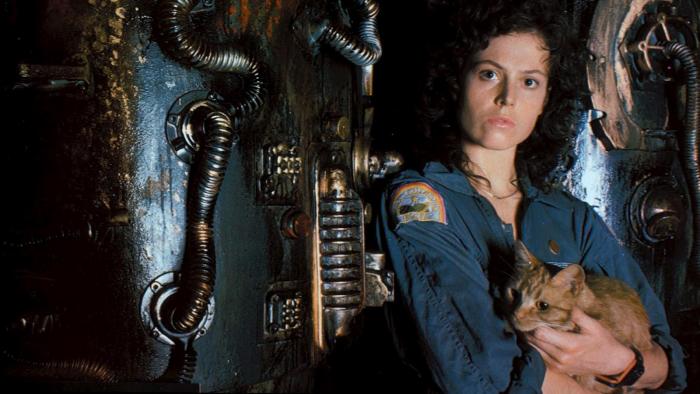 Sometimes you need to shut down your social media for the day and lounge in front of the television. HBOMax has a complete butt-ton of movies available for this, but maybe you don’t want them to be all great per se. You may just want to mainline a bunch of movies with basically the same actors and roughly the same plotlines so you can disconnect enough to sleep at some point.

For that, HBOMax has a nice collection of franchises available on their streaming service. Some of them are complete and some of them are just enough to get a trilogy of flicks for the day.

Alien, Aliens, Alien 3, Alien Resurrection
Alien is a fantastic sci-fi film that shows a woman being ignored at every turn while a Xenomorph wreaks havoc on her fellow crewmembers, leaving only Ripley (Sigourney Weaver) to take care of the creature. Diluted somewhat by sequels that came in 1997 and then more in 2017, the originals remain the best and most psychologically harrowing of the bunch.

Police Academy 1 - 7
I’m going to be honest here. I have no idea why anyone would want to revisit a franchise built around bumblef*cking police officers, especially right now. Yet, all seven — I had no idea there were that many — are available to watch right now. If you like punchable Steve Guttenberg, misogyny and objectification, here you go.

American Pie, American Pie 2, American Wedding
If you put on these flicks, dress in your finest flannels and boots, perhaps the first two American Pie movies can take you back to the early 00s. It’s fun to pretend you get those twenty years back!

Batman, Batman Returns, Batman Forever, effing Batman & Robin
You know what? Skip that last one and instead watch the DC animated features also available on the service. Trust me.

Critters 1 - 4
D’you ‘member when Leonardo DiCaprio was a wee acting lad and he starred in Critters 3 in 1991? Now is your chance to see all of the backstory that led to that installment! Marvel as the first furballs with teeth come to Earth and begin eating people! Then realize you didn’t need the first two movies to get it!

Die Hard, Die Hard 2, Die Hard With a Vengeance
These are available but you should really save them for Christmas, as they are Christmas movies after all.


It’s 1984. You’re nine years old, and completely naive about the ways of the world. You see the Gremlins trailer. It’s kind of cute. Kind of has a holiday appeal to it. There’s Phoebe Cates. She’s a comely woman. Oooh, look. A cute little Mogwai. It’s adorable. But wait? What’s that? If you don’t follow three rules (No water, no food after midnight, and no bright light), the Mogwai turns mischievous? - Dustin Rowles

Every Harry Potter Movie
JK Rowling is a f*cking TERF piece of garbage, but you still like the movies. SO WATCH THEM. This will take up days of your time, as will the next two franchises.

Five Home Alone Movies
BEWARE: One of them has “President” Military Threats in it, so plan accordingly (It’s the second one. Also, there are FIVE OF THEM WHY.)

Jaws, Jaws 2, Jaws 3-D, Jaws the Revenge
Go from the first blockbuster in theaters all the way to people looking for a paycheck via bloodthirsty shark name recognition. Michael Caine’s house he built using the money from Jaws the Revenge was really nice though.

A Nightmare on Elm Street 1 - 5 and New Nightmare
Not only can you watch the original bunch of Nightmare movies but you can also subject yourself to dead-eyed marmot Rooney Mara in the 2010 remake.

The Skulls 1 - 3
It turns out that the original that so captivated girls with crushes on Joshua Jackson (R.I.P.) and Paul Walker is actually a pretty crap movie. You’ll have that I suppose, but if you want to experience it again and then watch two direct-to-video sequels without any of the original stars! WOW!

Teenage Mutant Ninja Turtles 1 - 3
There aren’t any Michael Bay influences on this trilogy. No Megan Fox, no actors in motion-capture suits, and the addition of Vanilla Ice in the sequel. You know this is the first trilogy you’re watching and I cannot blame you.