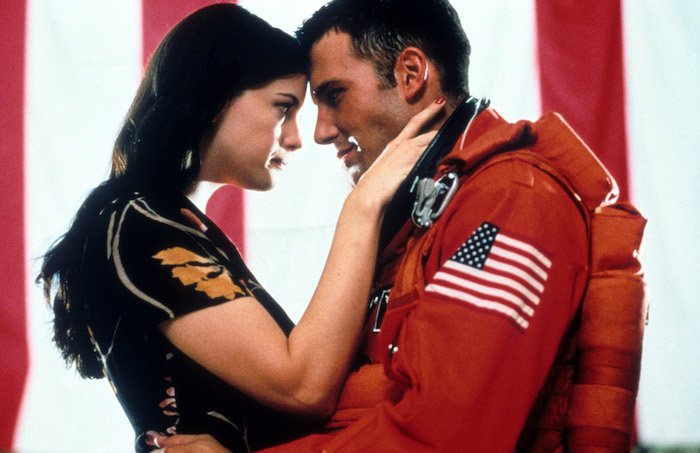 Action movies are my preferred genre—and let’s be honest, it’s one that doesn’t get a lot of respect. I’m not sure why, I mean, I would so much rather watch Jean Claude Van Damme learn the ropes of Kumite than sit through a movie with basically any actor who’s won an award for playing a historical figure and did not have to fight a bunch of ninjas while doing it. I don’t understand it—Nicolas Cage wins an award for Leaving Las Vegas, but gets bupkis for the greatest cinematic achievement of all time, Con Air? It’s baffling.

Anyway. Action movies are my wheelhouse, and I consider myself a subject matter expert because this one time, a guy was advertising in a newspaper that if I sent him $50 and my social security number, he’d send back a certificate of expertness in any given area that you requested. Never one to pass up a good deal, I did so. Which means, friends, I am an expert in action movies and maritime tax codes.

Since we are not talking about Waterworld, only one of these qualifications are pertinent to the topic at hand today. See, it has come to my attention that it is not a given that Armageddon is universally known as the superior 1998 movie about an asteroid hitting the earth, and frankly, I’m shocked. No, friends, there are some among you that are loudly banging the drum for Deep Impact. Those people would be wrong.

OK. First off, let’s get this out of the way: Armageddon has a lot more cool action shots. There’s drilling (not a euphemism). There’s training for space and what not (Deep Impact the astronauts are already trained, and thus competent for their jobs. Where’s the risk of space madness in that?!) There’s crash landings on things. There’s explosions. There’s a lot.

Deep Impact doesn’t really have any of that until about two-thirds of the movie through. In fact, I have a sneaking suspicion they killed off the space scientist (that’s definitely a word and a lifestyle) who first discovered the trajectory of the asteroid at the beginning of the movie just to have some action scenes, until one of the asteroids hits the eastern seaboard more than an hour later in the film, and we finally get to see some cool s*it (scientific term.)

So, by this point, some of you may argue that Deep Impact is more of a character study in what happens to civilizations when the end of the world is near. The relationships that break down, the relationships that strengthen, and how we try to rise above our base instincts in the face of futility.

I mean, sure, that’s totally what it is—and to compare it to Michael Bay’s surface level-look at what happens when Bruce Willis becomes a space hero, it may appear to be an apples and oranges comparison. However, this is the internet. Nuance has no place here, and thus, we are going to ride this comparison, and article, straight to hell.

Now, here’s where you may have a case against Deep Impact: Ben Affleck.

Back then, I thought he was foxy, but now I realize Deep Impact had Ron Eldard, who, honestly? Probably foxier than Affleck. Did you see Ghost Ship? I did! (…but only once, because it was pretty bad, if I remember, but Eldard? Fox.)

If you’re making an argument based on the attractiveness of the cast, you may have a leg to stand on…because Affleck, knowing what we know now *cough* that back tattoo *cough* is no longer a plus but a minus to the equation.

…however, you lose all steam when you take into account the Aerosmith factor. Deep Impact doesn’t have a terrible yet good and catchy ballad from the band, set to a music video of the singer’s daughter making out with Ben Affleck and crying over her dad, who died in the movie, and is Steven Tyler in real life, so she definitely has multiple reasons to cry, here.

So, for all these reasons Armageddon is the superior film, and if we had Eldard instead of Affleck as the love interest, it would have been a perfect movie. Now let’s all go watch ER reruns, when Eldard was the foxy paramedic, and then chase it down with a rewatch of the space madness classic, Armageddon.

Anyway, I’ll leave you with this fan video someone made of Ron Eldard, because that’s a thing some people do. (Not me.)

← Tom Felton's Instagram Post With Emma Watson Sets The Internet Aflame With Dating Rumors | Do You Prefer 'Friends' or 'Seinfeld'? (The Answer Is Obvious) →