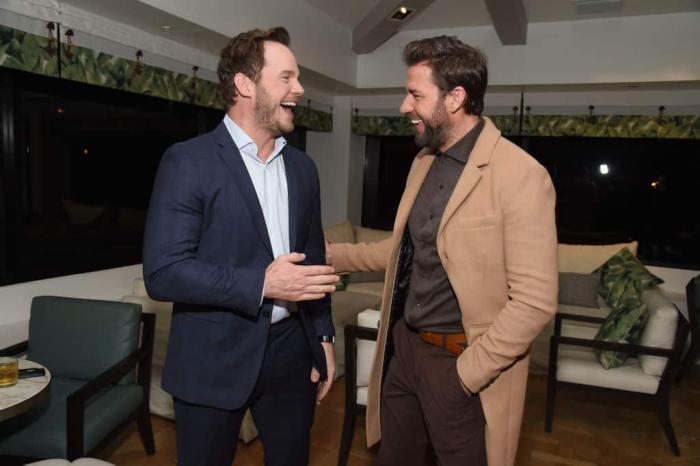 It is a truth universally acknowledged that Chris Pratt is and shall forever be the Worst Chris.

This is a conversation that I’ve had multiple times over the years, to the point where I’ve essentially made a career out of it. Hey, it’s a tough job but someone has to do it. While I see sporadic tweets now and then supporting Team Pratt, whenever I ask social media for their ranking of the official Chris quartet, no matter how much the top three changes, Pratt is almost exclusively left on the bottom rung. We’ve discussed why on this site before: Pratt’s transformation from lovable comedic schlub to yet another muscle-bro proved uninspiring to many and his wannabe Harrison Ford persona doesn’t land as effectively as the work of other Chrises, but the major reason he’s so widely rejected by the exclusively online crowd is his politics. He’s never admitted to being conservative but his support of the Hillsong church, his marriage to a Schwarzenegger, and his frequent bouts of ‘but both sides’ Instagram preaching speak loud enough to convey that reality.

For the most part, Pratt has kept a divide between his professional and personal lives. There’s nothing especially right-wing or red state friendly about Star Lord, and even with all the gross misogyny of the Jurassic World movies and Passengers, that’s more rooted in typical Hollywood bulls**t than an actively poisonous agenda. That may be changing in the near future, as Pratt revealed earlier this year that he was launching his own production company focused on ‘themes which will help to bridge the growing divide in our country and world.’ Its name: Indivisible Production, as in, ‘one Nation under God, indivisible.’ Subtle, Pratt. The thing is, I think another actor has gotten there first in terms of successfully building a universally appealing public and creative persona that carries with it a lot of right-leaning appeal.

Enter John Krasinski: Former star of NBC’s The Office, a sitcom that has received a surprising second life in the streaming age with younger audiences; recently buffed-out action star of 13 Hours and Jack Ryan; the successful director with films like A Quiet Place; and, in my humble opinion, a Chris Pratt in waiting. Both men have a lot in common. They got their big breaks in warm TV comedies where their handsomeness and casualness was just normal enough to appeal to the masses, and they both made a splash when they toned up for major action movies that focused largely on the machismo of the American military. While Pratt entered the Marvel Cinematic Universe and decided to strengthen his image in a more traditionally Hollywood manner — by which I mean he worked really hard on trying to be the next Harrison Ford — Krasinski took a more active creative role in defining himself to the masses, first through more dramatic starring roles and then through his own directorial efforts. He’d done work like that before his A-List breakout — he’s really wonderful in Away We Go and his early movies as a director were solidly received festival efforts — but there’s a noted difference between the Krasinski of then and the Krasinski of now.

The seeming contrast between Krasinski’s public image and the political strain of his work has been written about extensively. Alison Willmore of Buzzfeed noted his eagerness to play ‘red state heroes’ while stridently avoiding explicitly political conversations about the context within which he worked. He denies deeper readings of A Quiet Place but cheers on the CIA while claiming that ‘there was no politics being discussed there’ when he visited the organization. He pushed back against claims that a movie on Benghazi was political he doesn’t want to live in ‘a world where people want to score political points at all costs.’ It’s a treacherously thin line to walk and Krasinski seems determined to do it at all costs. It doesn’t even matter that, publicly, his politics lean more to the left or that he’s co-hosted fundraisers for the likes of Elizabeth Warren. To publicly declare that the CIA or any sort of military interventionism is devoid of politics while using those markers to strengthen your own image and profitability as a creative force has more sway than a cash donation to the Senator of your choice.

Like many celebrities, Krasinski decided to try and make lemonade from the lemons left all over the ground following the initial COVID-19 lockdown. While many famous figures’ offerings proved awkward or misguided, Krasinski’s contribution was welcomed with open arms. Some Good News was a jolt of positivity, the sort of impossible blend of rich person glories and ragtag ‘let’s put on a show in the barn’ spontaneity that is difficult to pull off even when there isn’t a pandemic. Krasinski’s suit was a little skewed, the hand-drawn sign behind him — courtesy of his children — looked as if it could fall off at any moment. Even with the lavish array of celebrity guest stars — Robert De Niro! Martha Stewart! Billie Eilish! The entire casts of Hamilton and The Office — there was a fascinating humility to the proceedings. It felt genuinely nice to see someone use their clout and free time during horrible circumstances in a way that seemed designed purely to lift everyone’s spirits. No hidden agendas, no skeezy attached ad campaigns, just joy. Of course, it didn’t turn out that way, as Krasinski quickly got Some Good News wrapped up in a bidding war that resulted in him making a lot of money by selling the unoriginal and easy-to-replicate concept to ViacomCBS.

Others have talked about the bad taste this about-turn with Some Good News left in their mouths. Here was yet another celebrity turning altruism into greed, further commodifying the goodwill they had built up for personal gain. It didn’t do much to dent Krasinski’s reputation, mostly because he’s now at a level of fame that comes with a Teflon sheen. What the decision did emphasize was his particular focus as a businessman and growing power player in Hollywood and how that force is dependent on a strain of universal appeal that markets itself as stridently apolitical, even if it’s not really all that balanced. I’m not saying that Some Good News was some hardcore Republican move; packaging a derivative concept that’s been made popular for free on YouTube for years, selling it as a kind gift to us normies during a pandemic, then running towards the big money once it’s successful is just ‘good business.’

In this aspect, I think John Krasinski may be a more effective Chris Pratt than Chris Pratt. He’s found a wide-ranging series of ways to be the sort of inoffensive but extremely calculating power player who can ‘reach across the aisle’ and be tritely described as a ‘uniting force.’ Even RedState described him as a ‘national treasure.’ Krasinski notably keeps this focus on the work itself rather than any messier areas of his public persona or private life. He’s not attending a pro-conversion therapy church or planting big crosses on the sides of mountains. Pratt’s on-screen work is the cloak for his politics, not the other way round, whereas Krasinski has more effectively utilized that audience appeal to reach the demographics that ‘Hollywood liberals’ like himself either can’t access or have no interest in.

Crucially, the power of Pratt and Krasinski with those right-leaning bases is in what is not said. They don’t need to get up on stage at the RNC and start yelling at an empty chair because audiences have implicitly accepted where their loyalties lie. Republicans love to moan about how nobody gets to be right-wing in Hollywood because of some evil liberal agenda, so not speaking out about one’s potentially GOP-friendly politics becomes an act of resistance to them, further proof that some unnamed force is keeping the good white men down. They’re Nice Guys who hold onto their relatable appeal even as they drift further and further away from what made them appealing in the first place (honestly, it’s hard to root for the regular dude when he’s totally jacked.) They are Everymen, but only in the sense that they eagerly encapsulate a fantasy, one that Hollywood has molded for an archaic demographic they still fetishize as their default audience. They’re ‘good old-fashioned American Men.’ And frankly, whenever someone in Hollywood says that, we know what they mean and who they want to pander to.

← If You Could Freeze Time For Ten Seconds A Go, What Would You Do? | Stream It Or Nah: Peacock's British Import, 'Capture,' Starring Holliday Grainger, Ron Perlman →