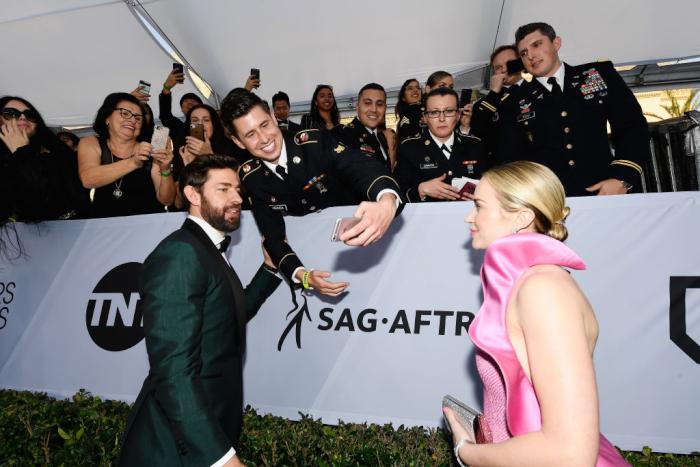 This complete and utter bootlicker.

Look at this graduate of the Chris Pratt Academy, tripping all over his boots in a slobbering rush to extol the virtues of that most underdoggy of underdogs: The CI-bloody-A. I mean, look at the state of this:

here’s a clip of a jack ryan q&a shown in the video.

in it john krasinki says he comes from “a huge military family,” & wanted to do a show where he could talk to the CIA “about how *they* would like their character to be perceived.”

“the CIA is something that we should all not only cherish, but be saying thank you for every single day.”

impossible to listen to this guy for 5 seconds without snort laughing pic.twitter.com/NptG4QkfIB

Wendell, go get Emily mate, she needs to take her little war dweeb home, before he soils himself with all that overcompensation trying to make the tough guys like him. 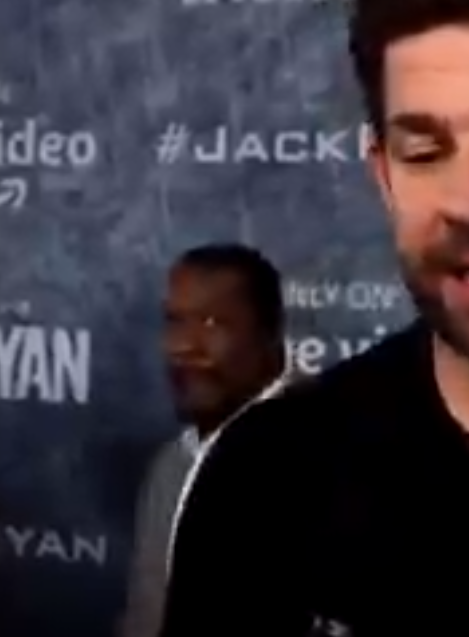 But yes, that was John Krasinski recently, formerly of The Office fame, now fully living and embracing his new role as one of Hollywood’s chief war dweebs on the press circuit for the second season of his show, Jack Ryan, based on—obviously—the middle-aged male military spank bank material disguised as novelistic fiction that is the Tom Clancy character and book series. It’s an interesting transformation. Where once Krasinski was content to be representative of a particular type of everyday, low key relatability, he now starts every day by shooting out of bed each morning, pre-dawn, and launching straight into five hundred crunches while listening to an audiobook compilation of the best speeches of Allen Dulles.

‘DID YOU KNOW WE HAVE THE CIA TO THANK FOR THESE DELICIOUS BANANAS?!’ he bellows unblinking as he comes back with breakfast from his morning jog at a still waking up Emily Blunt, who levels at him that famous withering look from bed hoping to dull his stupid, stupid enthusiasm. Blunt’s efforts are, unfortunately, to no avail. Her husband is too far gone.

‘YES INDEED! GOD BLESS THE CIA! WE SHOULD BE THANKING THEM EVERY SINGLE DAY!’

God bless the CIA, who in just seven short decades have overthrown democratically elected governments, sponsored and supported fascists, and caused untold chaos and bloody death to the tune of millions upon millions in Iran, Chile, Congo, Indonesia, Panama, Bolivia, Uruguay, Cambodia, Italy, Guatemala, Vietnam, Laos, Haiti, Cuba, Ecuador, Brazil, The Dominican Republic, Australia, Afghanistan, Iraq, El Salvador, Nicaragua, Honduras, and more. ‘Thank you, CIA! Thank you!’ exhorts Krasinski, presumably because everyone else is too dead to speak. Jack Ryan is, of course, a CIA analyst; the plot of Krasinski’s show and its bad guys conveniently drifting along the current of the interests of America’s foreign policy goals.

To be fair to Krasinski and his odious comments: It’s nice to hear someone stating things so openly. He loves the CIA and the military, and he’s grateful that his show could portray the CIA ‘as they would like to be portrayed.’ That kind of unalloyed openness is priceless. He’s just voicing a sentiment that so many in Hollywood and the wider American cultural sphere think, implicitly or explicitly, and he’s putting words to a phenomenon that often goes unmentioned: The deep, symbiotic ties between Hollywood and the military-industrial complex and the former’s function as a propaganda arm for the latter. The links between the film industry and the military are complex and run deep and far back, but this Jack Ryan coup-facilitating jingoistic propaganda nonsense is just the latest in a never-ending procession of shame in which the Pentagon and other military explicitly entities exchange access and funding for a glowing propaganda treatment. From Iron Man to Ms Marvel to Charlie Wilson’s War to Meet the Parents to Transformers to Hawaii Five-O to America’s Got Talent—the list of favours, funds, suggestions, and directives from America’s military-industrial complex to its entertainment goes on and on. As that linked piece, spun off from the authors’ book, ‘National Security Cinema’, says:

When a writer or producer approaches the Pentagon and asks for access to military assets to help make their film, they have to submit their script to the entertainment liaison offices for vetting. Ultimately, the man with the final say is Phil Strub, the Department of Defense’s (DOD) chief Hollywood liaison.

If there are characters, action or dialogue that the DOD don’t approve of then the film-maker has to make changes to accommodate the military’s demands. If they refuse then the Pentagon packs up its toys and goes home. To obtain full cooperation the producers have to sign contracts — Production Assistance Agreements — which lock them into using a military-approved version of the script.

The level of influence varies depending on the production, with sometimes just lines being changed, and at other times more drastic interventions taking place. As the piece goes on to say:

The documents we obtained further reveal that the Pentagon has the power to stop a film from being made by refusing or withdrawing support. Some movies such as Top Gun, Transformers and Act of Valor are so dependent on military cooperation that they couldn’t have been made without submitting to this process. Others were not so lucky.

The movie Countermeasures was rejected by the military for several reasons, and consequently never produced. One of the reasons is that the script included references to the Iran-Contra scandal, and as Strub saw it ‘There’s no need for us to… remind the public of the Iran-Contra affair.’

Similarly Fields of Fire and Top Gun 2 were never made because they couldn’t obtain military support, again due to politically controversial aspects of the scripts.

It is impossible to know exactly how widespread this military censorship of entertainment is because many files are still being withheld. The majority of the documents we obtained are diary-like reports from the entertainment liaison offices, which rarely refer to script changes, and never in an explicit, detailed way. However, the documents do reveal that the DOD requires a preview screening of any project they support and sometimes makes changes even after a production has wrapped.

The documents also record the pro-active nature of the military’s operations in Hollywood and that they are finding ways to get involved during the earliest stages of development, ‘when characters and storylines are most easily shaped to the Army’s benefit.’

The DOD’s influence on popular culture can be found at all stages of production, granting them the same kind of power as major studio executives.

So thank you Krasinski, you little happy war bunny, you. Your honesty is a breath of fresh air.

What was that thing Harold Pinter once said?