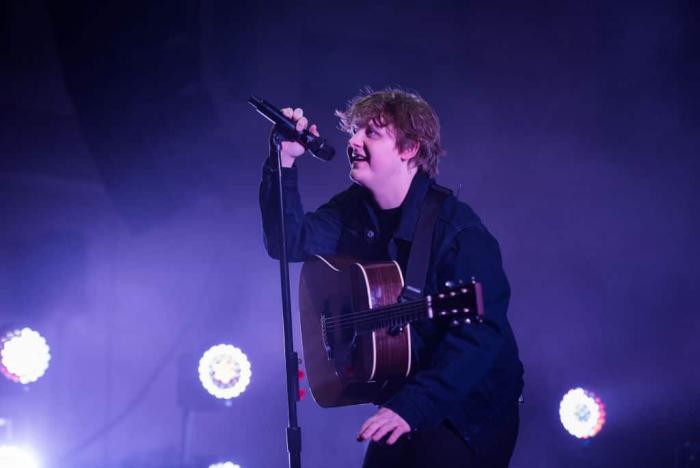 Why I Love Lewis Capaldi, Despite Hating His Music

As of the writing of this post, the number one song atop the Billboard Hot 100 is ‘Someone You Loved’ by Lewis Capaldi, a ballad that’s been in the charts for 27 weeks and is currently sitting above songs by major American artists like Lizzo, Post Malone, and Maroon 5. Capaldi, a 23-year-old singer from Glasgow, has risen to the upper echelons of fame in a remarkably short amount of time. His first EP dropped on October 2017, with one song, ‘Bruises’, earning him the title of being the fastest ever unsigned artist to reach 25 million plays on Spotify. After signing to Capitol Records and being called one to watch by BBC Music, he won over fans big and small and played several major music festivals before landing the Brit Critics’ Choice Award for 2019. His debut album, Divinely Uninspired to a Hellish Extent, charted in over 29 countries worldwide. To date, Capaldi has played four sold-out back-to-back tours and is about to head out on the road as the opening act for his friend Niall Horan. The U.S. success of ‘Someone You Loved’ makes him the first Scottish solo artist to top the Billboard charts in 38 years, and he just landed his first Grammy nomination.

I’m in the interesting position of being extremely chuffed for Capaldi and happy that his success has only grown as he’s gone stateside, even though I think all of his music is basically awful. Well, okay, that’s not fair. A lot of it is just not for me. I’m not a soppy ballad person. It was always the least interesting aspect of Adele’s career to me, even as it won her millions of fans, and every kitschy acoustic ballad Ed Sheeran drops is my own audio kryptonite. Still, there is something about the mopey brand of tear-inducing musical sadness that Capaldi specializes in that I find especially uninteresting. His songs practically shake me by the shoulders and demand to know why I’m not crying, dammit. It’s like having your nose hairs pulled out just to elicit some tears. Even as a top-class crier who has been known to openly sob at the silliest of things, I cannot bring myself to be moved by Calpaldi’s songs.

So, why do I love him? I promise you it’s for reasons beyond patriotism, but that does have something to do with it.

Lewis Capaldi is immensely Scottish. He reminds me of so many guys I have met and known in my life. Hell, he even looks like a lot of them: round-faced, endlessly expressive, deceptively youthful. His humor is clearly cut from the same cloth as a generation of Scottish kids who grew up watching Chewin’ the Fat and Still Game while consuming local memes (‘Disgustin’!’) Any displays of ego are performative and rooted in self-deprecation, a proper slice of old-school banter, such as his hilarious response to Noel Gallagher slagging him off at Glastonbury.

Whenever I hear him in interviews cracking jokes and talking enthusiastically about meeting celebrities, I can’t help but feel such warmth towards him. His success feels so much like that of a local kid who just happened to make it big, not someone whose path to adoration was laid out before him by an industry or publicist. Most of his immensely entertaining social media content conveys that slightly baffled excitement, as if nobody could be more surprised about his fame than he is. After topping the Billboard Top 100, he leaned in hard to the inherently ludicrous notion of being ‘America’s sweetheart’, compete with printed t-shirts and messy face paint. There’s a refreshing self-awareness about his present and future that never feels like Capaldi is taking advantage of or underplaying what a big f*cking deal it is for him to have reached this pinnacle. It helps that he’s also remarkably open about the intrinsic appeal of his music, describing it as being for people with ‘an unrelenting horny desire for sad songs.’ The sharp juxtaposition between his public image and his music somehow only serves to make him more likable.

a big weekend for fans of pugs and chuckle brothers 🐶 ❤️

I once made a comment online about how I couldn’t help but root for Capaldi as a celebrity and someone made a semi-jokey comment about how ugly straight white dudes don’t exactly need help in that department when it comes to being famous or successful. In fairness, it is true that the world of celebrity, especially the corporate music industry, loves a trend and at a time when Adele isn’t releasing music and Ed Sheeran is catastrophically popular, it’s not tough to see why Capaldi, whose music fits slap bang in the middle of those two, would flourish. It’s not exactly hard out there for white men who sing blue-eyed soul. Still, for me, a lot of my support for Capaldi is rooted in my awareness of how Scottishness is treated in terms of pop culture and how the working-class Scots are especially marginalized in this system.

I’ve talked before at length about the smothering constraints that classism have put upon British pop culture and the arts as well as the commodified image of that which we sell to the rest of the world. Becoming a part of the music or film or literary worlds in Britain is depressingly reliant on which school you went to, having the ‘right’ connections, and fitting in with an increasingly constraining image of Britishness, one that tends to leave anyone who isn’t posh, white, and rich on the curb. Scottishness is coded in a specific way with wider pop culture that is deeply fetishistic at best and downright insulting at worst. The more you downplay your regionalisms, the more likely you are to break out of your local niche, so the logic goes. So yeah, I can’t help but be chuffed when a guy who doesn’t fit the visual mold of a musician, one with a seriously thick Glaswegian accent that he hasn’t been asked to dial down and a sense of humor so specific to his home country and who didn’t go to RADA, manages to do well in a country where Scotland is primarily defined in pop culture by Groundskeeper Willie and Outlander. He feels like a real version of Scottishness in pop culture that we haven’t sent out into the wider world in a long time.

So shine on, Lewis Capaldi. Just don’t ask me to listen to any of your music.

← Review: Showtime's 'Back to Life' Is 'Rectify' Peppered with Dark Humor of 'Fleabag' | On '9-1-1,' Bobby Might Be Dying, And The True Story Of The Woman Struck By The Meteorite →