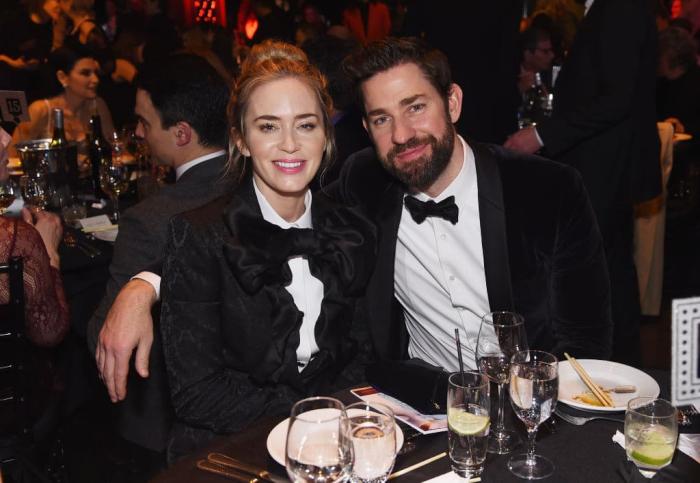 Which Celebrities Do You Not Care About Individually But Love as a Couple?

There are some celebrities you wholeheartedly love, others you are repulsed by, and then there are those for whom you have zero opinions. As with all things in life, you often can’t entirely explain why you feel the way you do about these people. But there’s something especially appealing to us gossip hounds about a Grade A celebrity power couple. Sometimes, the allure is too much to overlook, even if you have no interest in the unit when it’s sold separately.

Everyone has their favorite celebrity couples. Personally, I’m Team Maya Rudolph and Paul Thomas Anderson, but even if they were to split (oh please, powers that be, don’t take that as a challenge and let these darlings be), I would still love them separately. My interest in them and their work does not diminish when they’re apart. With the couples mentioned below, it probably does. Call me shallow, but I can’t help but be fascinated by the entire concept of the power couple. It’s something that can dramatically change our public perceptions about these people we think we know everything about. Someone who seems so chilly and aloof can become more appealing if their partner feels like an exciting match. Of course, that can go both ways, and a relationship we either don’t buy or becomes oversaturated in the media can leave us exhausted (remember the original Bennifer?) It’s a tricky balance to achieve and one that cannot happen without a little PR (or a lot of adorable Instagram selfies).

Still, sometimes all I want is to see two attractive people be happy together, preferably while dressed to the nines. So, who are your favorite celebrity couples that you don’t care about when they’re separated? Here are mine.

I like Emily Blunt, but she’s not necessarily a celebrity I spend a lot of time thinking about. Whenever I see her in something or encounter a Twitter gif of her, I’m reminded of her talent and charm, but she doesn’t occupy a lot of space in my mind, especially when compared to other celebrities of note. John Krasinski is just there for me, given my status as someone who has never seen a single full episode of The Office. But damn if this pair don’t look adorable together! They radiate that prom king and queen energy, where they seem so well-balanced as a couple in ways that just make sense, even if you’re not fans of their respective work.

Most of the time, Miley Cyrus irritates me. Her post-Disney wild phase, twerking and all, was a lot more mundane than she probably thought it was at the time. Come on, we’ve all seen former tween stars go haywire to assert their adulthood, and Miley was simply following in the footsteps of a proud tradition in the age of social media (and with added cultural appropriation). Liam Hemsworth is and always shall be The Other Hemsworth. That’s just the way of the world. How could he ever compete with second or third Best Chris? However, as a couple, there’s something immensely appealing about Cyrus and Hemsworth. They’ve been together, off and on, for over a decade, which is a lifetime by celebrity relationship standards. They just seem well-suited as a hot power couple who eat vegan food, love animals, and probably get it on all the time. When the wildfires hit Malibu, their home was engulfed in the flames, and Hemsworth made sure to save all their animals before evacuating to safety, something Cyrus admitted she rewarded with some good loving.

I don’t watch Game of Thrones and I never cared about the Jonas Brothers. But do you know what I love? Weird celebrity elopements to Las Vegas that involve getting married by an Elvis impersonator while Diplo live-streams it to the internet (yes, I know they had a fancy Paris wedding afterward but it wasn’t as cool as the one with ring-pops and pink Corvettes). I also love any celebrity couple cool enough to commit to a full Morticia and Gomez Addams look for Halloween. For such a conventionally attractive couple, there’s an adorable weird streak to this pair that I appreciate, and I’m a sucker for straight couples where the man is shorter and he’s totally okay with that.

Okay, I’m probably breaking my own rules here a bit, but I simply must. George Clooney is great. I’m not his biggest fan but he’s been an enduring celebrity favorite for so long now that it’s hard not to be at least a little fond of him. But here’s the thing: With Amal, he is on a whole other level and he knows it. This is a power couple of the highest order, one of such impeccable poise and style, with the smarts to match and exceptional savvy about how to use their celeb couple status for the greater good. George and Amal’s strengths combined have near limitless potential, at least in terms of what celebrity can accomplish. Take a look at Amal’s Vogue profile, where she smartly harnesses that fluffy format to her benefit, giving the readers a handful of juicy tidbits about her marriage as a Trojan horse to sneak in serious conversations about the causes she supports. I’m completely over celebrities trying to be politicians, but with this pair, I wouldn’t be so mad if they decided to aim for world domination. They’re already halfway there.