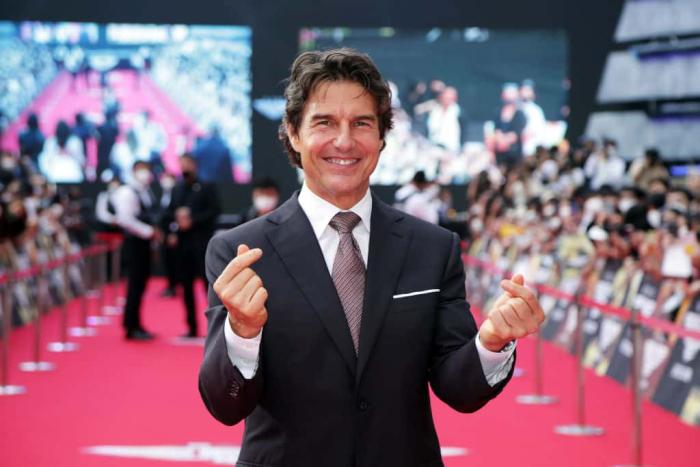 Celebrities Continue to Be Richer Than You

Did you know that many actors are very rich? It’s true. They try to keep it low-key because it’s hard to sell yourself as a #relatable icon when you can buy and sell your audience without breaking a sweat. Fortunately, Variety is bravely revealing the truth with a new report on the biggest paydays for A-Listers of the past couple of years.

It was reported pre-COVID that, with the streaming age in a boom (possible citation needed on that front with Netflix’s struggles lately), many big stars were asking for more money up front to compensate for the lack of a back-end theatrical distribution cut of the profits. There seems to be some truth to that with the reported numbers Variety presents here. Apple TV+ are said to be shelling out a startling $35 million salary for Will Smith’s upcoming drama Emancipation and $30 million for Leonardo DiCaprio, who’s starring in the next Martin Scorsese film Killers of the Flower Moon. The former will be fascinating to see unfold given, you know, that whole slap thing. It’s unknown if Emancipation will premiere this year but Killers of the Flower Moon is reportedly being geared up for the festival season and an Oscar run. It may simply be that Apple doesn’t want to overcrowd their line-up, especially since they might also have Ridley Scott’s Napoleon to deal with.

Speaking of Napoleon, that movie’s star, Joaquin Phoenix, is said to be pulling in the biggest payday of his life with the planned Joker sequel. He got about $4.5 million for the first film, which isn’t nothing but is pretty minor compared to how much it made. But following its billion dollar gross and the Oscar win for Best Actor, his agent was clearly eager to add an extra couple of zeroes to the check.

Of the 26 actors listed, there are a grand total of five women, and the highest earner there is Margot Robbie for Barbie with $12.5 million. Behind her is Millie Bobby Brown, a homegrown Netflix star who is being paid well to stick to the streaming service for Enola Holmes 2 ($10 million.)

It will surprise absolutely nobody that most of the films getting these big payouts for their stars are pre-existing IPs: Dwayne Johnson with $22.5 million for the next DC film, Black Adam; Vin Diesel for Fast X with $20 million; Eddie Murphy with $15 million for Beverly Hills Cop 4, and so on. A true A-Lister can still keep a well-stuffed wallet for an original movie, however, as evidenced by Brad Pitt landing $30 million for a currently untitled Formula One drama from Apple and Top Gun: Maverick director Joseph Kosinski. Hmm, speaking of that movie…

It should surprise literally nobody that Tom Cruise is the biggest earner here. Variety reports that he could net $100 million or more from ticket sales for Maverick, which is currently the only 2022 movie to gross over $1 billion worldwide. It’s a reminder that he is truly a major movie-star, even in the franchise age. Not many actors can command that today. The exceptions are in the list below him and even then I have questions about a few of them.

Will any younger actors working today be able to command that sort of payday in the future? The Chrises are all doing well, as that list proves, but what of the 20-somethings trying to crawl up the ladder? I’m curious as to how, say, Zendaya and Tom Holland will do over the next decade, or the other Stranger Things kids. I’m not sure we’ll get any more $100 million payouts, or even the kinds of salary increases that the Phase One MCU actors pulled in. They’ll all just have to start tequila lines to make do.


← The Great Salt Lake is Currently One Third Of Its Usual Size | HBO Ventures Into Uncharted Territory With New 'House Of the Dragon' Trailer But Does Anyone Care? →