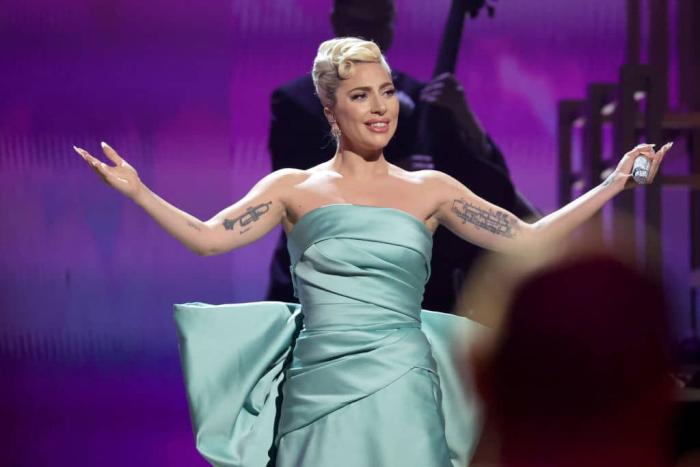 Yes, the 'Joker' Sequel Might be a Musical Starring Lady Gaga

Nobody expected Joker, Todd Phillips’ ‘edgy’ reimagining of the Batman villain’s origin story, to be as big a deal as it became. Sure, we all knew it would make a few quid at the box office but few imagined it growing into what it became: a billion-dollar box office record-breaker that received ten Oscar nominations, won two, and ignited a fiery discourse over its supposed status as ‘incel bait.’ 2019 was a lot.

While its success was a surprise, the news of a sequel wasn’t so shocking. Films that make money inspire a desire for even more profit, and Warner Bros. wants at least one part of its DC branding to keep bringing in cash. Last week, director Todd Phillips revealed the title for the sequel on his Instagram account — Joker: Folie à deux — alongside an image of his Oscar-winning star Joaquin Phoenix reading the script. Last night, the Hollywood Reporter revealed further updates: One, that none other than Lady Gaga is in early talks to star alongside Phoenix, and two, that the movie will be a musical.

Let’s all take a moment to think about the phrase ‘musical Joker sequel starring Lady Gaga’ and wonder which multiverse we’ve fallen into.

According to the Hollywood Reporter, Gaga, is in early talks to play Harley Quinn. That means we may be getting Phillips’ take on the ‘Mad Love’ arc with some Scorsese fanboying thrown in for good measure. I must admit that I didn’t expect the Marty movie he’d be homaging this time around to be New York, New York. There’s no other news about this film’s apparent musical status in this report. It’s one line from ‘sources’, which could mean anything. Frankly, this makes me more interested in a Joker sequel.

I honestly didn’t hate the film. I thought it was fine, neither school shooter inspo nor a masterpiece that would revolutionize comic book movies. It looks gorgeous, I love the score, and Phoenix’s specific physicality is always fascinating. It’s been over-memed now but his dancing is one of the most striking parts of his performance and I wouldn’t mind seeing that incorporated into a musical. Would it be like New York, New York? How about a riff on Pennies from Heaven? Todd, I have more ideas! If you’re going to get all of that money and studio goodwill, why not go balls-to-the-wall with it?

Perhaps the most intriguing tidbit in the Hollywood Reporter piece is the news that Phoenix hasn’t officially signed on to the sequel yet. His team and the studio are closing in on a deal, which suggests that he’s holding out for more money. I wouldn’t blame him for that. He reportedly got about $4.5 million for Joker but no back-end deal for the box office grosses, so if I was his agent, I’d be demanding at least $15 million. He’s the Oscar winner here. The ball’s in his court.

(Also I’m sure that photo of him reading the script on Phillips’ Instagram is several months old because that weird haircut is what he had for the Ari Aster movie Disappointment Blvd, which finished shooting late last year.)

As for Gaga: oh hell yes let her do as she wants in this role. She can do intense and camp and I’d pay to see her tapdance through Arkham Asylum to a Kander and Ebb number. DeuxMoi published a blind item several weeks ago claiming that Gaga was the studio’s choice for the Harley role, although Phoenix had lobbied for Rooney Mara, the two-time Oscar-nominated actress who he’s been in a relationship with for close to six years (they have a kid together whose name is River and this news still delights me.) I can see why Gaga would be the more desired choice. If you’re going to do a new Joker/Harley film then I think you need a starring duo with, if not equal star power, then at least comparable levels.

Mostly, however, I want this all to happen for two reasons: it’ll piss off all the weird fanboys who hate musicals, and the prospect of a Phoenix/Gaga press tour will fuel me for many years.