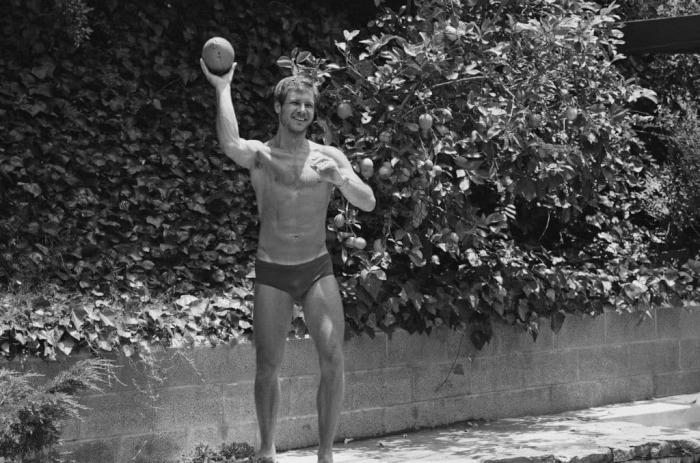 It's Harrison Ford's Birthday So Let's Enjoy Some Shameless Thirst

While the current pandemic has forced us all to slow down, Ford himself has no plans to do so. He’s got a FIFTH Indiana Jones movie in the pipeline, with James Mangold taking over the directorial reins from Steven Spielberg. We hope he enjoys today, but let’s be real, today was mostly an excuse for Twitter and perverted individuals such as myself, to unleash the thirst traps.

Happy 78th birthday to the legend himself: Mr Harrison Ford, the reason my standards for men are so high ☺️#happybirthdayharrisonford 💕 pic.twitter.com/hdT5j6uHlV

In celebration of the great Harrison Ford's birthday, I'll be mostly looking at this today… pic.twitter.com/VaYqBbYL1a

Harrison Ford is 78 today and I've wanted to marry him since he was 50. Here's to us, lover. pic.twitter.com/6jZWfqGelU

Look, times are tough, let me have this.

Besides, it’s not as if ‘Harrison Ford is mega-hot’ is a controversial opinion. I have a theory that everyone — EVERYONE — is attracted to at least one version of Harrison Ford, be it Indy or Han or Rick Deckard or Jack Trainer from Working Girl or whatever floats your boat. I have let my ahem… appreciation of this fine thespian be known to the world whenever the occasion calls for it.

Temple of Doom is certainly not the best Indiana Jones movie but, if I may be uncharacteristically shallow, it was the absolute peak of Harrison Ford being the hottest man who ever lived. pic.twitter.com/6h0kgnsHMk

Carrie Fisher refused to leave this world without letting everyone know she fucked young Harrison Ford and I respect that. pic.twitter.com/jjlRChsddm

Speaking of our late queen Carrie…

Harrison Ford and Carrie Fisher talking during the filming of Star Wars : A New Hope (1977). pic.twitter.com/KQQvwegu1O

It’s also Patrick Stewart’s 80th birthday today, so I tried desperately to find a picture of Solo and Picard together. And here it is!

Come on, Pajibans. Bring appreciation today. We could all use a happy break.