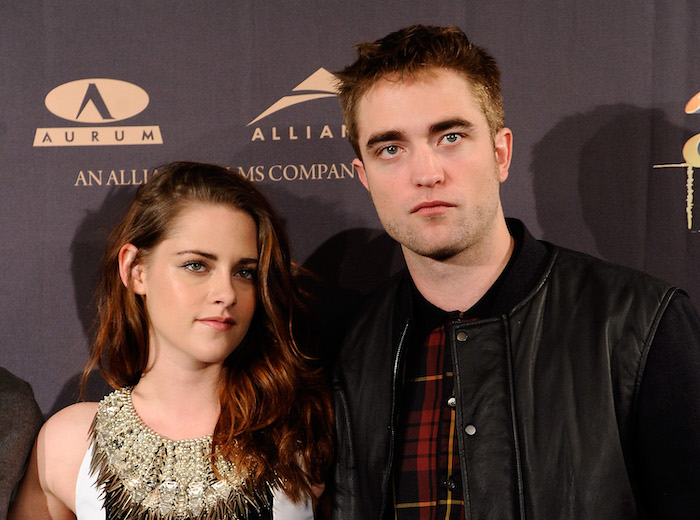 If you’re wondering why I keep referencing Twilight lately, I have no legitimate answer for you. I just love this damn series so much, and have kept it to myself for so long, now that love is oozing out all over everything I do. I can’t help it, just like Jacob Black, a teenager, couldn’t help falling in love with an infant half-vampire baby while her mother was in a coma because she was turning into a vampire because her vampire husband delivered their hybrid-vampire daughter via a cesarean with his teeth, and had to turn his wife into a vampire so that she could survive the whole ordeal. It’s a whole thing.

I was about to manufacture a reason to talk about Twilight today when People.com blessed me with this headline: “Kristen Stewart Opens Up About ‘First Love’ Robert Pattinson: ‘I Thought That Was It’”

The former Twilight actress, 29, got nostalgic during her visit to The Howard Stern Show on Tuesday, reflecting on her relationship with her leading man in the vampire franchise, Robert Pattinson. While assuring the coupling was not a publicity stunt, she referred to Pattinson as “the best.”

“We were together for years, that was my first [love],” she said.

Were you emotionally invested in this relationship? I sort of was, but not really, but now, years later, I kind of am. Confusing, right? Anyway, guess what—Stewart admitted she wanted to marry Edward R. Patz back then.

When the radio host asked Stewart whether she would’ve married Pattinson had he popped the question, she didn’t deny the idea.

“I wanted to … yeah,” she said, later adding, “I don’t know, I’m not a super-duper traditionalist, but at the same time … every relationship I’ve ever been in, I thought that was it. I’ve never really been the most casual person.”

Here is the Edward/Bella love song because I know a few of you went off to go listen to it anyway:

Look, do I buy that theirs was a true love and not one borne out of a shared, alienating experience (and a contract between their two camps)?

Did I ever believe those cheating pictures were anything but staged?

Do I hold out hope that those two eventually get back together and possibly have a real-life child that they either name Renesmee, in honor of their robot-baby in the movies, or Renesmo (the male variant of the name, obviously)?

I mean of course I do. That is the literal dream, friends.

In the meantime, I’ll just bide my time until another Twilight-related piece of news comes out that I can share with you. Maybe Jackson Rathbone will do something interesting?

I’ll leave you with what I believe to be one of the best scenes in the saga—making Twilight, in addition to being the greatest movie about vampires ever, the best baseball movie, too. Suck it Field of Dreams and Major League!