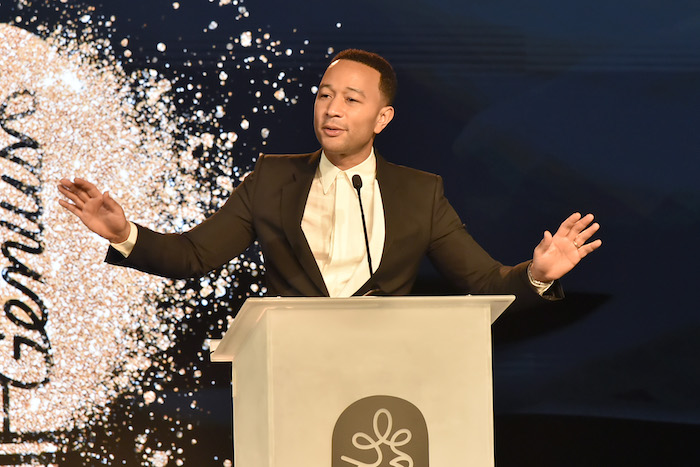 Some people have weird hills to die on, and I’ve never understood the “Baby It’s Cold Outside” hardliners who not only believe it is a good song (it is not) but that it’s a song that must be played at Christmas, in its creepy entirety.

To begin with, this stupid song first came into the public’s consciousness via a decidedly non-Christmas movie, Neptune’s Daughter. I guess because it’s cold outside at Christmas, this became a Christmas anthem and not a January banger, although side note: I feel the first person to record a catchy song titled “Guess What, Bitch? It’s January, Party Time!” could probably make a pretty penny.

Secondly, this song sucks. It’s creepy and dumb and yes, demonstrates a super unhealthy dynamic where the woman is basically being pressured to stay even though she very much wants to leave the dude’s home because he’s trying to ply her with booze. If this song happened to you in real life, you would get the hell out of Dodge and block that dude on all the apps. Some people want to die on this hill, though, because if they concede this song sucks and let it leave their hallowed Christmas rotation, they fear those damn PC police will come for “Grandma Got Run Over by a Reindeer” next, and what is Christmas without that?

All I’m saying is, if you let “Baby It’s Cold Outside” go, you’ll have more time for “Dear Mr. Jesus,” the most inexplicable (and I believe, truly offensive to all senses and yes, delivery of its subject matter) Christmas standard out there.

In case you didn’t know, John Legend and Kelly Clarkson want to have their cake and eat it too because they’ve recorded a version of “Baby It’s Cold Outside” that reworks some of the lyrics to focus on consent. Naturally, people have opinions about the “#MeToo” version of the song.

You can count Sharon Osbourne as a “Baby It’s Cold Outside” Traditionalist because she basically lost her s*it over the rework of the song on her show, The Talk, probably because she saw Meghan McCain is getting all the attention over on The View lately.

“What would John Legend do, if in 40 years, if somebody wanted to — you know, times change — re-record one of his songs, and there was some group that found it offensive, and somebody just went, ‘Oh, I can change the lyrics on that,’” she began her argument.

“It’s, to me, like a master painting,” Osbourne explained. “You go and
see these beautiful nudes in museums all over the world, they’re spectacular. Would it be right for me to go and draw a bikini top on one of those nudes? It’s still an art form, it’s a piece of art.”

Yes—because all those Mona Lisa smoking a blunt pictures the dudes in my high school drew most definitely took away from the original painting. Not!

Also, I will never not laugh at the woman who tried to restore that painting of Jesus and created this abomination instead, so I kind of encourage Sharon Osbourne to go out and paint some bikinis on nudes because the results could be hilarious.

This reminds me of that elderly woman in Spain who decided to fix the painting of Jesus a few years ago. pic.twitter.com/VjcNkrc1WQ

So, fun fact, lyrics to standards get changed not infrequently. You know “Have Yourself a Merry Little Christmas”? Well, the original song is in Meet Me In St. Louis (a movie that is much better than Neptune’s Daughter, by the way.):

There’s a line in the original version: “until then we’ll have to muddle through somehow,” which was deemed too depressing to be sung every year, especially taken out of context from the movie, where the family is being forced to move away from their beloved home in St. Louis. So, the line was changed to “hang a shining star upon the highest bough,” which is probably the version you’re most familiar with now.

The point is—classic songs can change and no one needs to lose their s*it over it. Even better when the song in question sucks and is by no means a classic.

I mean, I get it, I’d riot if someone decided they had to update the lyrics to “Funky, Funky X-mas” by NKOTB. However, again, “Baby It’s Cold Outside” sucks. I wish we’d stop trotting it out every Christmas, but if some people are going to insist that it’s a Christmas song (when it is not) then f*ck it. Update the lyrics to make them seem less creepy and more consensual-y. Why not? Just, again, leave “Dear Mr. Jesus” alone—that f*ckery needs to stand as a testament to the ’80s and how, in the immortal words of Rick James, cocaine is a hell of a drug.

← Ask Reddit Wants To Know What Parts Of Your Personality Do You Fake | 'Twilight' Alert: Kristen Stewart Would Have Married Robert Pattinson. Remains, Obviously, Team Edward →