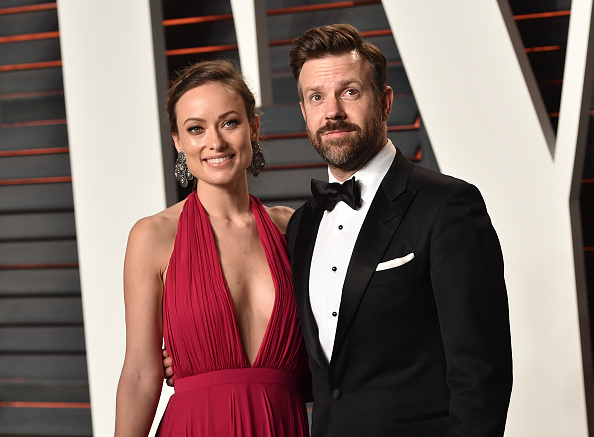 Olivia Wilde and Jason Sudeikis’ nanny, in a week’s time, has gone from, “Aw man, that sucks that they fired her without severance” to “does this person ever stop talking?” Her name has since been revealed (and confirmed), but for privacy reasons, we’ll stick with The Nanny, even though The Nanny clearly has no respect for the privacy of her former clients.

The Nanny, in fact, has milkshake ducked herself. When Jason Sudeikis and Olivia Wilde gave a joint statement last week calling The Nanny’s statements “false and scurrilous” and part of an 18-month harassment campaign, I’m sure that some were skeptical because that’s exactly what a celebrity might say if she were being publicly humiliated. But given The Nanny’s continued efforts to financially exploit the private lives of her former clients, I’m certainly inclined to believe the harassment now.

To wit: Here’s the latest revelation to The Daily Mail:

“Olivia told Jason a couple of weeks after Harry started [on set] that Flo was f***ing Harry and she had a boyfriend but was f***ing Harry. Then Olivia started seeing Harry herself. It was all very quick. A lot of people don’t know that.”

Did Wilde tell Sudeikis that Pugh was sleeping with Harry Styles? Maybe. Was Pugh actually sleeping with Harry Styles? I seriously doubt it. They were shooting the film during the thick of the pandemic, back when Pugh and Zach Braff appeared to be very close (per Pugh’s Instagram and the Scrubs rewatch podcast). It wouldn’t have been that long after one of Braff’s best friends — and a guest in the Braff house where Pugh was also living — died of COVID, leaving his wife and newborn child to live in Braff’s guest house.

Does Florence Pugh seem like the kind of person who would cheat on her boyfriend during a difficult time on a film set under strict COVID protocols and then get angry that her director started sleeping with the same guy? She does not. Do I know Florence Pugh? I do not. But at that time, she sure seemed smitten with Braff, when she was sounding off when others were criticizing her for dating a much older guy.

Mostly, it sounds to me like The Nanny ran out of gossip and decided to drop one last bombshell to justify whatever The Daily Mail is paying her, hence the statement, “a lot of people don’t know that,” which is exactly what Donald Trump often says after he delivers a whopper of a lie.


← The Trailer for Marvel's 'Ant-Man and the Wasp: Quantumania' Goes Full Eye-Roll | Ted Cruz Gets A Proper Bronx Welcome To Yankee Stadium →