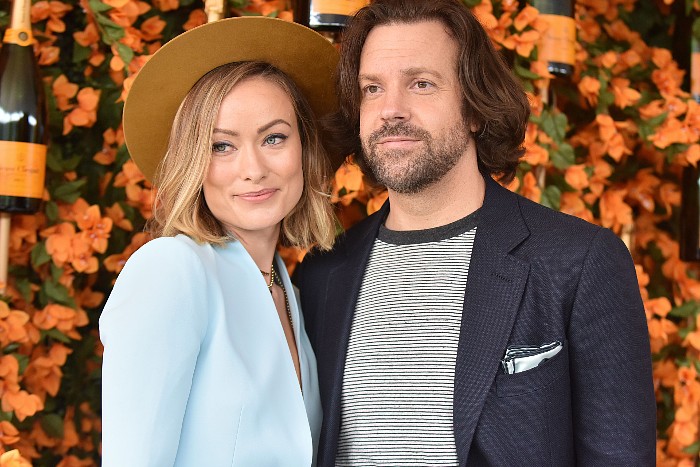 Olivia Wilde and Jason Sudeikis Both Say the Nanny Is Lying

Earlier today, the Daily Mail published one heaping crater full of tea thanks to Olivia Wilde and Jason Sudeikis’ former nanny providing texts that are allegedly between her and the now separated couple. It was a gossip smorgasbord filled with accusations of special salad dressings — you read that right — and disruptions to the timeline of when Wilde really hooked up with Harry Styles. It was all pretty bad if true. And you can tell it was bad by the way that Wilde and Sudeikis quickly reached a rare truce and issued a joint statement calling the nanny accusations “false and scurrilous.” They also claimed she’s been carrying out an “18-month-long campaign of harassing us.” (PEOPLE)

Selena Gomez and Hailey Bieber did a thing. (Lainey Gossip)

Ezra Miller pleaded not guilty to breaking into a house in Vermont. (Dlisted)

Even Donald Trump thinks Kanye is out of his freaking mind. (Celebitchy)
Why do I feel like I read this same story every six months?

Warner Bros. leadership has an intense desire for Henry Cavill to lead a new #Superman movie. The project that would essentially be #ManofSteel 2 is currently in search of writers https://t.co/NC2cIo0Li0 pic.twitter.com/ag30PxSkIJ

How She-Hulk cured the MCU of a being sexless dystopia. (Polygon)

Andrew wrote a short story for Ballads of the Distant Reaches, an anthology of illustrated fantasy short stories. Perfect for the spooky season! (BotDR)

Yeah, that's how most people like this guy form their opinions. https://t.co/1en5UkeREq

Graham Norton was run off Twitter by J.K. Rowling’s crazed followers because he dared to simply say, “Hey, maybe we should listen to trans people more?” (Deadline)

Wow, this whole section was a bummer, huh? My bad.

The Chancellor doesn’t like conflict but finds it hard to avoid, so he turned to Brené Brown’s Braving the Wilderness for strategies to engage constructively. "Having this knowledge, I feel better prepared to not just stick in my comfort bubble or echo chamber." What’s your best advice for talking to people you disagree with? (Cannonball Read 14)


← 5 Shows After Dark: 'The Vow' Season Two Premiere HBO, 'Bachelor in Paradise' on ABC | Whatever Happened to Peter Billingsley, Ralphie from 'A Christmas Story'? →