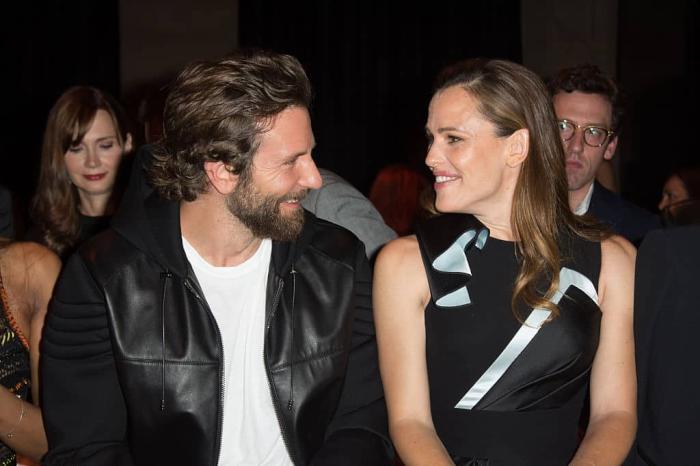 The Fantasy of Jennifer Garner and Bradley Cooper Is Real, Even if the Alleged Romance Isn’t

For close to eleven years, Ben Affleck and Jennifer Garner were a classic celebrity couple with an irresistible story. He was an Oscar-winning wunderkind who scraped his way back to the top after a career downturn and much-mocked romance with a megastar. She was the TV ass-kicker whose badass exterior offered a fascinating contrast to her naturally Good Girl nature. Together, they cultivated one of the most interesting gossip narratives of Hollywood in the 2000s. through their mutual media savvy, they helped to reinvent one another: She as the homey relatable girl next door who married the quarterback, and he as the comeback king who scoured away the professional failures of his past to remold himself into a burgeoning directorial talent who commanded industry adoration.

When the pair announced their split after ten years of marriage, it seemed inevitable that their divorce would continue to fill out the headlines. This was a couple who went through a whole lot together and apart, and Garner remained cast in the public eye as his dutiful wife long after the lawyers were called in. Affleck’s post-Garner love life never reached Brangelina levels of red-hot scandal — — really, he seemed a tad too boring for that, which was appreciated — but the press definitely paid attention to each and every one of them. Lindsay Shookus, the SNL producer he dated on-and-off for two years, ended up the subject of magazine profiles as a result of the relationship. Now, Affleck is settling in with actress Ana de Armas, and the pair’s paparazzi antics have elicited much confusion and laughter. It’s such a throwback to his earlier relationships with Garner, Jennifer Lopez, and Gwyneth Paltrow in terms of Power Couple performativity that we couldn’t help but watch (or, at least, I couldn’t because I’m a very boring woman.)

But what about Garner? Her romantic entanglements post-Affleck have been much quieter and garnered far less attention with the press, even when she herself remained a regular fixture. You may not have even known that she quietly dated American businessman and CaliBurger CEO John C. Miller for close to two years. A relationship with a businessman proved to be less alluring than an old-school Hollywood match. So, it’s no wonder the press has gone bonkers with her new boyfriend: The one and only Bradley Cooper.

It’s a great story: Former co-stars and close friends who have both become major stars get together after failed high-profile relationships to become hot single parent lovers. Who could resist that? The tabloids are even reporting that Affleck is pissed off about the pairing and feels jealous over the inclusion of Cooper in his kids’ lives. The scandal! The drama! The made-for-romance-novels excitement of it all!

It’s not true, though. Well, I’m a solid 80% sure it’s not true. Frankly, I’m not even sure the pair are really dating. The news of the romance was broken through exclusive paparazzi pictures that allegedly showed the pair relaxing on the beach together with his young daughter. But seriously, am I losing my mind or is that woman so not Jennifer Garner?! This is all we have as ‘proof’ of their secret romance?! Come on! And yet here we are. This is all the tabloids needed. Hell, I think they could have spun the same stories they’re pushing now without these suspect images. The fantasy of the pairing is just that good.

Garner’s post-marriage image has been one of stability and familial loyalty, including to her ex-husband as he entered some seriously dark periods in his life. When he needed to return to rehab for alcohol addiction after some upsetting public drunkenness, it was Garner who drove him there. She’s been the one who has maintained the perception that they are a strong unit, together for their family even after heartache. They still go to church together! Her image and public narrative continue to be more explicitly tied to her ex than his is to her. Such is typically the case with famous women, alas. Just ask Jennifer Aniston. This was a big part of their marriage too: She was the one doing the work of keeping it going while Affleck got his Hollywood second chance. Even he admitted that to some degree in his Oscar speech.

Garner is mega-savvy about dealing with the press. She always has been. Typically, she’s utilized that to keep up appearances regarding her personal life as tied to her marriage and kids. We don’t see it as much in her acting career, mostly because it’s taken an obvious backseat to her other endeavors, which include lucrative endorsements with Capital One, her own baby food company, and charity work with Save the Children. I just don’t buy that, if she was actually, once again, dating one of the most famous men alive, she wouldn’t have her press strategy sorted out from the get-go.

The same goes for Cooper, an immensely ambitious man who treats his career like a well-oiled and precisely maintained machine. He may get cagey when it comes to big magazine profiles asking him about his private life, but he still knows how to navigate those circles. Check out the totally spontaneous and not-at-all posed paparazzi shots with both Suki Waterhouse and Irina Shayk. It would be gold for both Cooper and Garner alike to be a hot new couple with gorgeous kids, major career goals, and prior high-profile heartbreak. If they were truly together, I guarantee you that we’d have more evidence by now, or at least some ‘sources’ running to more legitimate publications. At the very least, we would get a clearer first image than some suspect beach pics where Garner’s identity is unquestionable.

It’s a great story, though, and as the press has proven time and time again, story is king, even in the face of fact. Both actors seem primed for this sort of tabloid fantasy, and in the midst of a literal pandemic where one person’s ex is having an absolute blast with paparazzi antics, it’s not hard to see why some may have wanted to rebalance the scales. Still, if it were truly going to happen, neither Garner nor Cooper would need any assistance in making it happen. Give them a little credit.

← Mike Birbiglia's First Film Helped Me Deal With a Serious Breakup | 5 Shows After Dark: 'I May Destroy You' First Season Finale HBO, 'The Republican National Convention' →