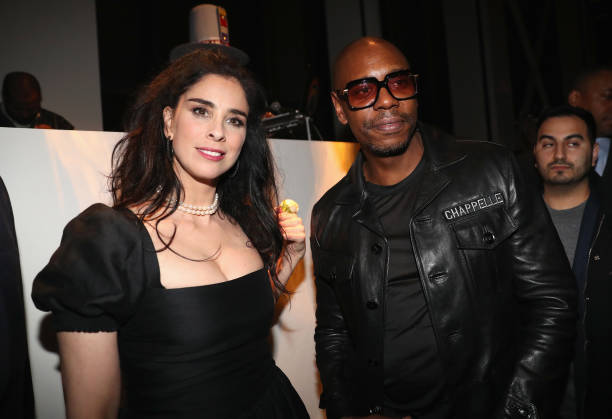 In mid-November, a week after harshly condemning the growing antisemitism in American culture, Jon Stewart ended up taking it easy on his friend Dave Chappelle and his SNL monologue. While he did not deny the monologue was antisemitic, and while he did concede that it was “painful,” Stewart also suggested that it was good to get out in the open and have an honest conversation about it because it’s not like antisemitism is going away.

Another of Chappelle’s Jewish friends, Sarah Silverman, was not as willing to look past the insidiousness of that monologue. It took her two weeks to respond because she had her tonsils removed, but she did not mince words. Of Chappelle’s monologue, Silverman said that “it was hilarious, and brilliant, and winning, and charming and wildly antisemitic.”

“Most people who watched it, hating Jews was not their takeaway,” Silverman continued, “but I will tell you, Jews for the most part, were hypersensitive to it just like any minority will be keenly aware of the hatred and little aggressions against them. And there were a lot of Jewish jokes in there that were f**king hilarious, but that’s what made the antisemitism in it so scary. It bolstered it.”

She pointed to two instances in particular that she thought would “ignite more violence against Jews, which is a crazy and totally rational fear I have.” One was Chappelle’s suggestion that Jewish people were blaming the historical atrocities committed against them on Black people.

“F**k,” Silverman said of Kyrie Irving and Kanye West. “The idea of calling out massively influential zillionaire superstars for posting lies and promoting hatred of Jews — all Jews, like were a monolith — is the Jews blaming their troubles on Black Americans is f**king insane. I can’t believe I have to say this. Each of them, individually, have more followers on Instagram than there are Jews in the world. Jews aren’t punching down here by calling out antisemitism. Fucking good grief … I have never felt more gaslit than Dave accusing Jews for blaming their problems on Black Americans. It’s not a thing. Besides the fact that 13 percent of American Jews are Black, I don’t know a single Jew that blames Black Americans for their problems. But I have seen people blame Jews for their problems … this burbling divided between Jews and Black Americans behooves someone, and it’s neither of us. Psst. It’s white supremacists.”

As to Chappelle’s observation that there are a “lot of Jews” in Hollywood, “Dave is right,” Silverman pointed out. “But Jews don’t run Hollywood. Jews invented Hollywood … because Jews were forbidden from working in most industries, so they made one up. They took nothing, and they made something.”


← Danny Masterson's Lawyers Got What They Wanted: A Mistrial | On T.J. Holmes and Amy Robach: It's Not Cheating If You Have a Good Publicist →