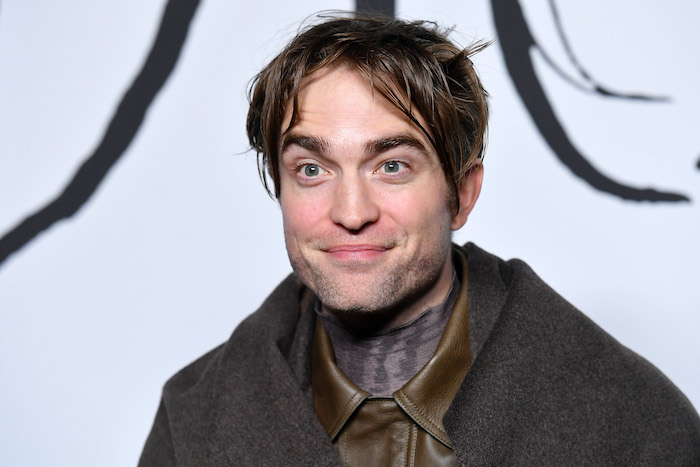 Robert Pattinson Predicted Playing Batman on Audio Commentary for 'Twilight.' Is He Psychic?

We have something extremely important to discuss, and I’m not going to waste your time with a rambling preamble about fate and leprechauns in order to get to it. I simply need you to watch this video, embedded in this Tweet:

this is the most chaotic dvd commentary I've ever seen pic.twitter.com/IoMIemblYU

For those of you who watched it, you already are picking up what I’m about to lay down. For those of you who hate being told what to do, I guess you’ve forced my hand and are going to make me to describe it with words, mainly because my “communicate via mind control” course I bought from the guy selling it (telepathically) outside the dumpster next to the Chilis I hang out at hasn’t sent it in the mail, so I’m SOL with that avenue at the moment.

Long story short, while I love the Twilight Saga (it is, after all, the best movie series of all time) I’ve never actually sat down to listen to the audio commentary of the movies, which is a grave oversight on my part because they’re incredibly messy, and full of a lot of shit-talking by Edward himself, R. Patz. In one scene, he’s mocking the horrible relationship dynamic between Bella and Edward, and casually mentions, “I’m Batman.”

In case you’ve been living under a rock (which, if so, what’s the rent like? Am looking to move in the spring) you may have missed the news that Robert Pattinson is playing Batman in the movie The Batman!!!

Now, look, you may think this was a throwaway line on an audio commentary for a movie that he never expected any of us to listen to because at some point every leading man in Hollywood will play the character (there is no lack of Martha Waynes to kill, y’all) but that’s dumb, and more importantly, boring take.

No, we’re either dealing with a long-game psychic prediction, which is so obvious it’s almost painful, and when has anything ever seemed like what it was supposed to be? Exactly. Which leaves us with what I believe to be the more probable explanation: time travel. I mean, duh. Once I said it, it’s really, really clear right?

The R. Patz on this commentary is an R.Patz not from the contemporary time of the movie, which means that this audio commentary R.Patz is at least from 2019, if not beyond. I mean, the sky’s the limit here. This audio commentary R.Patz could be from 2030 for all we know—all these throwaway lines in the audio commentary could be hugely significant to us later on, or there may even be a hidden message in it for us today, in 2020, that Robert Pattinson wanted us to know. What is the significance of him just saying “boobs” and giggling to himself and then having Kristen Stewart ask him if he’s drunk? I don’t know … but I want to.

Look, we know what we have to do—buy the Twilight Saga on DVD so we get access to these auditory treasures R.Patz from the future has given us, because I’m sure you’re like me, and only own them as digital copies.

Naturally, my weekend plans are sorted. I think yours are too, let’s all reconvene at 7 pm by the dumpster by that Chilis to do two things. 1) Discuss our findings from the audio commentary and 2) try to have said discussion telepathically, because I really think Jerry, who sold me the course, is on to something here. Until then, friends!

← To No One's Surprise, The CW Renews All of Their Shows That Aren't Already Ending | Light-Skinned Instagram Influencer Uses Herself to Demonstrate Her Make-Up Skills On Dark Skin →