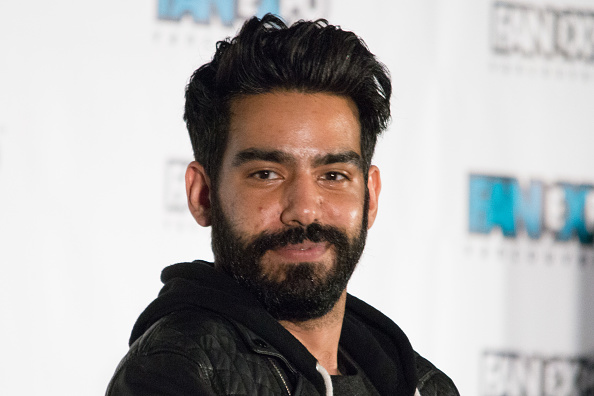 This is a post about Rahul Kohli, a two-time member of the Pajiba 10 who most of us associate with iZombie, his regular roles in the Mike Flanagan universe, and his fast wit and clever comebacks on Twitter.
Also, it’s been a lot longer than two years for Pajiba.


After The Haunting of Bly Manor, the internet decided to come together and gaslight me into believing I was more attractive than I actually am. It’s been going on for two years now and I’m just enjoying the attention until liking me becomes played out and they discard me. https://t.co/HPgZCR5Y7d

Kohli recently appeared on Michael Rosenbaum’s Inside of You podcast, where fans can hear an entirely different side of the actor. On the podcast, he talks about being diagnosed with a mild form of bipolar disorder, how he ended up a Mike Flanagan cast regular (Flanagan basically asked him to be in Midnight Mass during the first week of shooting for Bly Manor), and what a terrific actor’s director that Flanagan has been (Kohli admits at one point that he’d be been happy doing only Flanagan series for the rest of his career).

He also spoke at length about the audition process, and how he nearly quit acting after an audition for Keifer Sutherland’s 24 reboot — “the worst audition I’ve ever had” — before being offered the audition of iZombie, and the challenges of auditioning for roles as a Southeast Asian actor. Specifically, while white actors audition for certain character types — short, tall, funny, dramatic, etc. — Southeast Asian actors tend to audition only for roles that call for “brown actors,” which meant that Kohli lost out on a lot of roles to Riz Ahmed and Dev Patel even though they are different types of actors who just happen to have the same skin color.

I recently had the pleasure of being on @michaelrosenbum’s podcast “Inside of You”, to discuss my career and that… and here’s a clip where I didn’t just talk about painting miniatures and Gundams. pic.twitter.com/iiTscPpPRS

This is an issue he was rightfully raised before.

Like when Rose’s new show “Ghosts” was announced and I got flooded with “why didn’t Rahul do it?” Because I’m not Utkarsh Ambudkar. Because we’re not just swapped around “because brown”.

Kohli also conceded that he thought that the iZombie finale sucked, that it “makes no fucking sense,” and that he was “super disappointed” in it (he’s not wrong).

The running theme in the podcast, however, seemed to be Kohli’s inability to escape Vancouver. He’s from London but “lives” in Los Angeles, which he loves because it’s not raining and miserable all of the time, unlike Vancouver. But he can’t get away from it. iZombie shot there for five seasons, which might have been OK if he could’ve bought a house and planned on an extended stay there, but iZombie was perpetually a bubble show and he didn’t know if he had a job from one year to the next until the night before upfronts every year. When iZombie ended, the first show he landed was The Haunting of Bly Manor, which … films in Vancouver. And so did Midnight Mass, and so did his forthcoming The Fall of the House of Usher.

When he decided to extend himself beyond Flanagan’s series, Kohli landed a juicy role on a television series filming in Los Angeles. It’s called Career Opportunities in Murder & Mayhem, and he stars alongside Mandy Patinkin. It’s about Detective Rufus Cotesworth and his protégé Imogene. They dig for the truth in a wealthy sailing boat in the Mediterranean where everyone is hiding something. Hulu picked up the television show straight to series, but when Kohli’s manager called to tell him he had landed the part, she also told him that, unfortunately, the show would now be filming in … Vancouver. The poor bastard.

Good morning. I fell asleep upright in a chair for 8 hours when I got to the hotel, in this outfit (with shoes on) after filming. I look like Edward Scissorhands and feel like I’ve been hit by a car. And my thrussy is sore. Y’all better enjoy this show 😭 pic.twitter.com/PYkWQOJkbG

You can watch the entire podcast here:


← Netflix's 'The Bubble' Asks, 'What if that 'Imagine' Video Was a Two-Hour Movie?' | 5 Shows After Dark: 'Jimmy Savile: A Very British Horror Story' Premiere Netflix, 'The Masked Singer' on Fox →