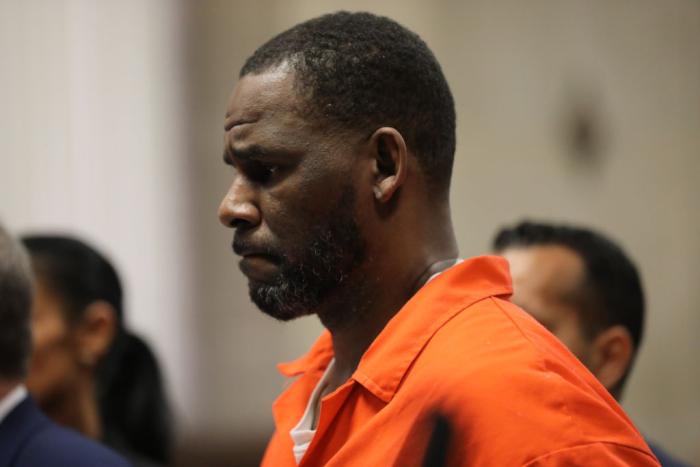 R. Kelly Tries and Fails to Use the Coronavirus To Get Out of Jail

Yesterday, a judge in Brooklyn denied a request made by accused sex offender R. Kelly for release from prison due to the Coronavirus pandemic. Kelly’s team tried to argue that he is endangered by the disease, but U.S. District Judge Ann Donnelly denied the motion because he remains a major flight risk. Kelly is currently being held at the Chicago Metropolitan Correctional Center as he awaits trial for charges of racketeering, sexual misconduct, and other charges in three separate jurisdictions.

It was declared that Kelly had not ‘established compelling reasons warranting his release.’ Moreover, he continues to ‘pose[s] danger to the community, particularly to prospective witnesses.’ there were no confirmed cases of COVID-19 at the prison Kelly is being held at. At the age of 53, he is also 12 years too young to be classified as one of the ‘older adults’ considered high-risk by the CDC. Kelly’s Brooklyn trial is scheduled to begin on July 7.

Concerns over how people in prison will deal with the coronavirus have been raised several times over the past few months since the pandemic took hold. Dr. Ross Macdonald, the chief medical officer for New York City’s jails, said that U.S. jails were at risk of becoming death traps during this period. America’s long-standing problem of mass incarceration of black and brown men in a smothering, draconian for-profit system has been further exposed during this crisis. Some states are responding accordingly in an effort to stave off the spread of COVID-19.

But f**k R. Kelly. He’s not a victim here or someone who gets to exploit this very real problem for his own gain. Let’s not pretend that he’s being altruistic here or has genuine concerns about the health of the nation. He just wants out so he can prove those flight risk fears in a heartbeat (not to mention the health risk he continues to pose to countless young black girls across America.) Let him rot.

← 'Who Gives a Sh**?': An Exasperated Stephen Colbert Is Fed Up with The President | Quibi, 'Westworld', and 'Zoey's Extraordinary Playlist' on This Week's Podjiba! →