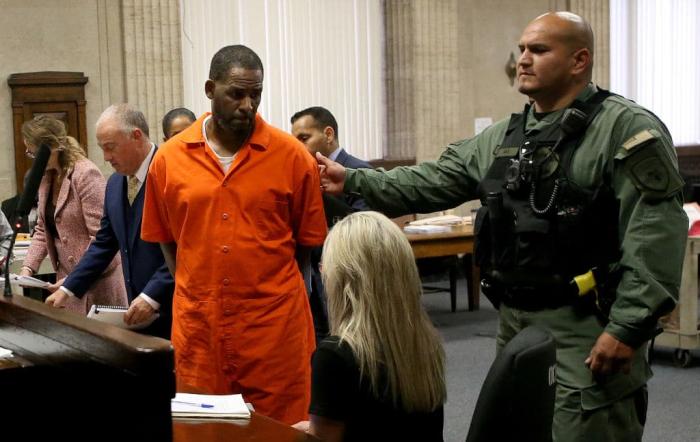 For close to thirty years, Jim DeRogatis has been one of the most prominent music critics in American journalism. Writing primarily for the Chicago Sun-Times, DeRogatis built a reputation as a sharpshooter with a near-encyclopedic knowledge of his craft and a willingness to piss anyone off. He famously got fired from Rolling Stone after writing a seriously negative review of a Hootie & the Blowfish album that the magazine pulled from publication. Over the past twenty years or so, however, he has become better known for his near-one man crusade against R. Kelly. At a time when most of the mainstream media either turned the other way or rolled their eyes at the singer’s long-rumored history of abusing young women and underage girls, DeRogatis and his colleague Abdon Pallasch reported on Kelly’s history, refusing to let the world forget that the guy who made all those songs they loved was an accused sex offender against young girls. With Kelly finally facing the wrath of the courts over his abuse, as well as various tax issues and his illegal marriage to the late Aaliyah, DeRogatis has written the definitive book on his tireless journalistic exploration of one of Chicago’s biggest open secrets.

Soulless: The Case Against R. Kelly is one of many books released in 2019 that shows the boots-on-the-ground investigative work that went into taking on some of the most infamous examples of sex abuse by powerful men in the entertainment industry, following Ronan Farrow’s Catch and Kill and Jodi Kantor and Megan Twohey’s She Said. Those books famously took on Harvey Weinstein, whose reputation was similarly sordid to Kelly’s but in a way that unnerving bolstered his reputation as a Hollywood bulldog. People heard stories about Weinstein and whispers appeared in even the most glowing profiles of the producer, but the dam did not crack fully until both the New York Times and The New Yorker released their respective investigations into his misconduct. Kelly, on the other hand, had already been tried on child pornography charges and the world knew about his ‘problem’ with young girls. It became a pop-culture punchline in everything, from Chappelle’s Show to The Boondocks to a Macklemore song. Critics would casually mention his ‘bad past’ in reviews but discard it in favor of talking about how banging his latest tunes were. Everyone knew and far too many of those people just didn’t care.

SOULLESS: THE CASE AGAINST R. KELLY. “An absorbing, horrifying, and damning book" (NPR), "Packed start to finish" (Vulture), "Unflinching in its indictment of a culture and legal system unable to render any semblance of justice for black girls" (LitHub). In stores now. pic.twitter.com/93wsgH6crY


We’re now at the end of 2019 and Robert Kelly is finally behind bars. The Lifetime documentary series Surviving R. Kelly, put together by dream hampton, made concrete and impossible-to-ignore what had been the stuff of jokes and whispers for years, thanks to interviews with dozens of people directly and indirectly impacted by Kelly’s abuse. Kelly is also now finally facing punishment for what he did to Aaliyah, long after evidence of his illegal actions were published. Why did it take so f**king long, especially with people like DeRogatis ceaselessly fighting to get these stories to the forefront? Soulless, on top of being a highly thorough history of Kelly’s behavior, has some answers to that agonizing question.

Part biography, part long-form investigation, part pop culture criticism, DeRogatis leaves no stone unturned. He details Kelly’s life and the alleged sex abuse he suffered as a child, offering quotes from psychological experts on how the cycle of abuse begins. The evolution of Kelly from start-up R&B singer to ‘The Pied Piper’, balancing filthy eroticism with pious gospel-driven humility, is key to understanding how Kelly got away with it for so long. As DeRogatis notes, Kelly was never more productive or critically and financially successful than he was during the years he waited to go on trial for the child pornography charge. Make enough songs that people want to hear on the radio multiple times a day and your sins will be washed away by an adoring public.

DeRogatis never centers himself in Soulless, even though it would have been super easy and understandable for him to do so, given how many years of his life he dedicated to this. Instead, he focuses on the many sources, named and unnamed, who bravely spoke to him at times when it would have been highly dangerous to do so. He provides necessary context and is always aware of the various intersections at play, from race to gender to class to politics to money and much more. This is a story with black women at its heart and DeRogatis ensures the reader is always aware of that as well as how his status as a white man at a major newspaper gave him a kind of clout to take on this story that more marginalized individuals did not have access to. As he reminds the reader, black women were doing the work of trying to expose R. Kelly for just as long as he did and faced far harsher public and private pushback for doing so.

It takes a lot of people and institutions of power to cover for one abusive man. The state’s messy case against Kelly regarding that now-infamous tape of child pornography had to deal with a biased judge whose willingness to bend over to celebrity greatly empowered Kelly. Jive Records kept making money from Kelly and elevating him to superstar status even as it became public knowledge that he preyed on young women and underage girls. Radio stations always played him, music festivals booked him, and people like Tavis Smiley offered him book deals because it was unfair to not separate the artist from the art, especially when his songs were so catchy. Plenty of critics and editors repeated that behavior, overlooking or euphemizing his then-alleged crimes because readers don’t want to think about a child being urinated on by a grown man while they listen to ‘Ignition Remix.’ As with all too many stories like this, the rest of the world didn’t catch up until the problem became impossible and too embarrassing to ignore. The victims were also not a priority for the world. As DeRogatis famously told The Village Voice in 2013, ‘The saddest fact I’ve learned is nobody matters less to our society than young black women. Nobody.’

Towards the end of the book, DeRogatis makes the case for what he calls ‘investigative criticism.’ It’s not enough as a critic of anything for one to take the thing they’re reviewing and rob it of its cultural, historical, or personal context. Many of us have had the screeches of ‘separate the art from the artist’ drummed into our heads for so long that we forget how Roland Barthes’s ‘Death of the Author’ was merely a theory and not a way of life. Plenty of music critics, many of them well-respected in their field, were happy to talk about Kelly’s music and ignore how doing so without discussing his abuses would empower him further. Making it all ‘just about the music’ was what he wanted and millions of people swallowed it up, encouraged to do so by myriad institutions of power. This isn’t just irresponsible; it’s lazy criticism. You can’t talk about a Miramax movie without understanding how Harvey Weinstein leveraged his reputation as the king of the indie scene and the man who guaranteed you an Oscar to gain access to vulnerable women who he took advantage of. You can’t review a Woody Allen movie without being aware of how many of his stories show young women falling hopelessly for dweeby director stand-ins while shrewish women are knocked down a peg or two, and how often that eerily echoes his own life. How do you listen to an R. Kelly album, one where he endlessly brags about his sexual prowess and hypnotic power over women, and not bring to the forefront the accusations against him? You shouldn’t, and sometimes, it is the job of the critic to dig deeper than a mere review. DeRogatis certainly made me think more about how I do my work and the approach I need to take to certain topics. While he is famously cynical of the work that criticism and journalism can do to take on abusers like Kelly, DeRogatis’s Soulless makes a compelling case in favor of both, although the bigger issue is ensuring that societal attitudes towards sex crimes and the welfare of black women and girls, so that monstrous abuse like this never happens again.

Soulless: The Case Against R. Kelly is available to read now, wherever you get your books from. 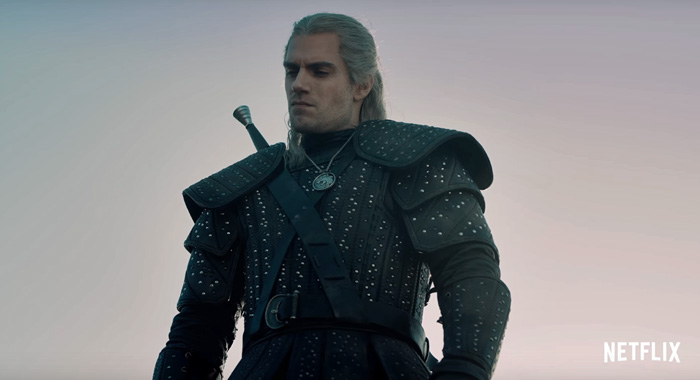 Which Legend is More Legendary?