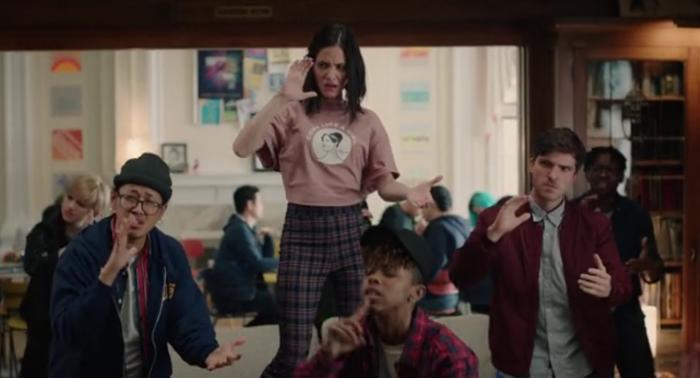 Quibi, 'Westworld', and 'Zoey's Extraordinary Playlist' on This Week's Podjiba!

Fun fact about the podcast: we do, in fact, begin with a list of topics for the week.

This doesn’t mean that we don’t deviate from that list, or follow the conversation where it goes, but there is, in theory, a plan that we begin with.

Despite what you may hear on this week’s episode, just know that there was, in fact, a plan.

That plan most certainly included our celebration of Manifest Day (as we recorded on the same day as the season finale of Dustin’s favorite show), and Dustin obliged by catching us up on everything leading up to the finale.

That plan also included discussing the launch of Quibi, although admittedly our level of engagement with the platform has varied thus far.

I also made one more plea for Zoey’s Extraordinary Playlist, which has had a couple of really good episodes in a row (although admittedly, I am inclined to enjoy the show), and this week had a musical performance by a group of deaf actors which was incredibly well done (the video below isn’t the full performance, but a little behind-the-scenes snippet about the particular song/episode).

At that point, the show kind of went off the rails, as the aforementioned plan went out the window, although we did manage to touch on some of our favorites, like Devs, and The Walking Dead, before finally arriving at Westworld.

Plus a game! (Did Dustin cheat?)

- I have not seen Wynnona Earp (it’s on the list!), but Tim Rozon as Doc Holiday makes total sense to me.

Hope you enjoy, and as always, the show can be found just about anywhere podcasts are available, and you can always download the show directly right here!

← R. Kelly Tries and Fails to Use Coronavirus To Get Out of Jail | Bernie Sanders Drops Out of the Democratic Race; Joe Biden Becomes the Presumptive Nominee →