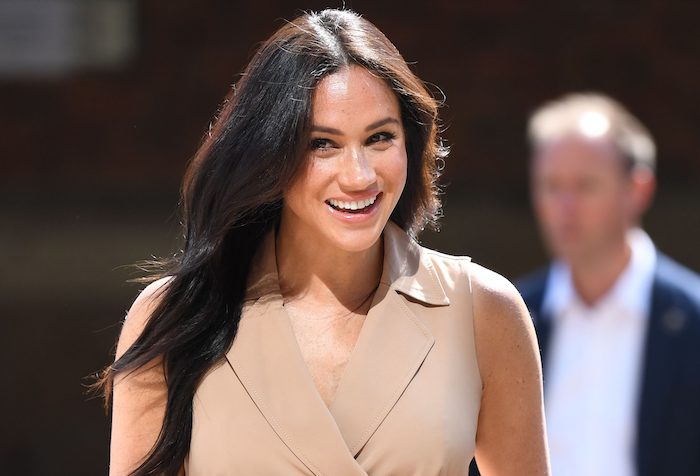 Prince Harry is fed the f*ck up with the non-stop attacks on his wife, Meghan Markle. He’s coming for you and yours if you and yours happen to be the tabloids that keep talking s*it about Meghan Markle for no reason other than the fact that she dares to be a woman of color who married into the English Royal family.

In an open letter posted on the Sussexes’ royal site, Harry clearly outlines where certain publications (Looking right at you The Daily Mail) have done Meghan dirty, in particular, posting a private letter they never should have (this is in regards to the letter her dad shared with the Mail on Sunday that she wrote, where she rightly outlined how he’s a terrible father, among other things, that was published in Feb 2019.)

This particular legal action hinges on one incident in a long and disturbing pattern of behaviour by British tabloid media. The contents of a private letter were published unlawfully in an intentionally destructive manner to manipulate you, the reader, and further the divisive agenda of the media group in question. In addition to their unlawful publication of this private document, they purposely misled you by strategically omitting select paragraphs, specific sentences, and even singular words to mask the lies they had perpetuated for over a year.

Harry continues, and by doing so, demonstrates how he’s much different (and better) than his brother, who left his wife high and dry earlier this year when rumors abounded that he was catting around on her, forcing her to stay silent and keep a stiff upper lip:

Though this action may not be the safe one, it is the right one. Because my deepest fear is history repeating itself. I’ve seen what happens when someone I love is commoditised to the point that they are no longer treated or seen as a real person. I lost my mother and now I watch my wife falling victim to the same powerful forces.

People.com confirmed that the Sussexes have launched legal action against the Mail on Sunday:

His statement comes as the couple launches legal action against the Mail on Sunday.

A legal spokesperson from Schillings, who is representing the Duchess of Sussex, said: “We have initiated legal proceedings against the Mail on Sunday, and its parent company Associated Newspapers, over the intrusive and unlawful publication of a private letter written by the Duchess of Sussex, which is part of a campaign by this media group to publish false and deliberately derogatory stories about her, as well as her husband. Given the refusal of Associated Newspapers to resolve this issue satisfactorily, we have issued proceedings to redress this breach of privacy, infringement of copyright and the aforementioned media agenda.”

Have you ever read the comments in a Meghan Markle thread that wasn’t on a site like Pajiba? They’re f*cking atrocious, and more to the point, full of conspiracies that make me worried for her health and safety, so frankly I don’t blame Harry for coming after them. It’s about time. The constant onslaught of bulls*it spewed in her direction is horrendous and completely unnecessary. It’s not like she’s out there, every day, screaming about how she’s not here to make friends, slurping down a warm canned beer, two middle fingers raised to the Queen, with her left boob hanging out (but side note: how I very much wish she, or even better, Kate Middleton would. I am a messy b*tch who loves drama and my favorite show of all time is the third season of Rock of Love, so I think you can understand why I would want this.)

Personally, I say f*ck yeah, Harry. Go get em. The Daily Mail in particular is a misogynist pit of hell that deserves to have some consequences for the hate they spew. Why shouldn’t it be Harry, whose wife is mercilessly skewered there almost constantly, to put them in their place? Freedom of speech doesn’t keep you free from the consequences of lies, nor should it. (Side note: The UK does have a formalized guarantee of “freedom of expression” under Article 10 of the Human Rights Act of 1998. There are, however, restrictions put on that, including “for the protection of health or morals, for the protection of the reputation or rights of others, for preventing the disclosure of information received in confidence….” so looks like these publications are screwed, friends.)

I just hope that during the course of the trail, Meghan shows up with a mysterious folder that inexplicably wins their case, in a life-imitating-art situation we observed so frequently on the now-ended Suits.

In the meantime, certain publications (not this one, obviously, I have a direct line to the Palace, don’tcha know) need to watch their mouth. Harry is coming for them. To paraphrase Omar Little: You come at the (almost, could-have-been) king (and his lady), you best not miss.

← October Horoscopes: It's Cardi B and Brie Larson's Birthday Month | Tom Hanks Is the Real Deal →