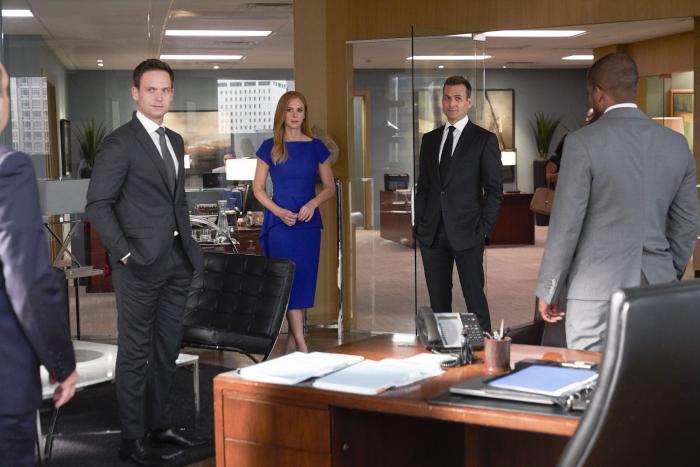 I delivered my sort-of love letter/eulogy to Suits — a middling show from a different era that I continued to watch out of misguided loyalty — a couple of weeks ago, but for those who may have bailed several seasons back, here’s how the series concluded last week.

Briefly: In the final case, Faye — the woman whom the NY Bar assigned to take over managerial responsibilities at the firm — pitted Harvey against his protege, Mike, and put them in an impossible situation. Like every impossible situation on Suits, it was quickly resolved when Mike and Harvey decided to join forces with essentially the rest of the firm to engage in an ethically ambiguous rouse to take Faye down (the same sort of ethically ambiguous rouse that compelled the NY Bar to assign someone to oversee their firm). The gambit paid off, and Faye was ousted from the firm. Samantha (Katherine Heigl) and Katrina — who had been fired by Kaye — were both rehired.

Meanwhile, Louis and Shiela get hitched. Louis fires his therapist so that he could officiate the wedding. After the ceremony, Sheila went into labor. While Shiela was giving birth, Harvey and Donna decided to use the remainder of Louis’ wedding reception to get married themselves. During their wedding, there’s a brief scare during the delivery of Louis’ baby, but everything turns out OK.

After Harvey and Donna wedded, they visited Louis in the hospital and informed him that they’re leaving the firm to join Mike’s firm in Seattle. Louis was briefly crushed but he gets over it. With Louis and Samantha in charge of the firm with Alex, they brought in Katrina as their fourth partner and changed the name of the firm again. A Coldplay montage — “When I Ruled the World” — played them out, as Harvey swaggered out of his office one last time. 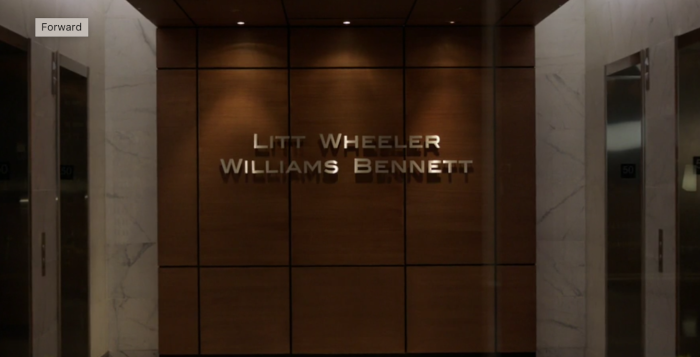 That’s it. It was about as middle of the road and predictable as to be expected from Suits, delivering the same comfort and familiarity that we’d all been accustomed to over the last 9 seasons. It was an uninspired finale for a mostly uninspired series, and for Suits fans — both enthusiastic and reluctant — it’s exactly what we wanted from a series finale for the long-running USA Network series.