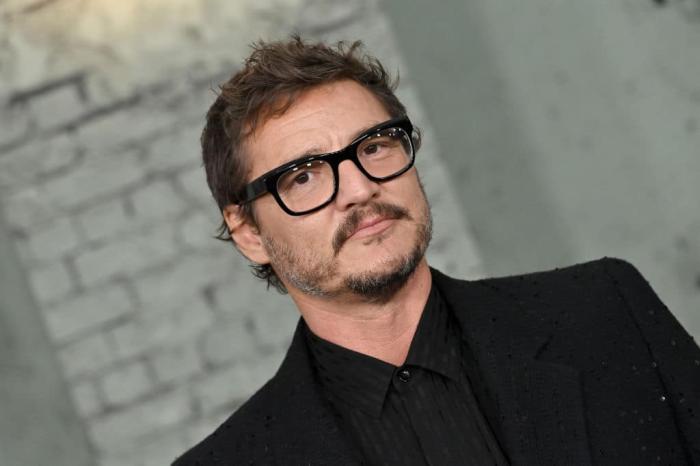 Pedro Pascal and the Perils of Being the Internet’s Daddy

Pedro Pascal will be your daddy. He’s your cool slutty daddy. I’m not putting words in his mouth here. He said it on a red carpet interview for his latest series, HBO’s long-awaited adaptation of the video game The Last of Us. The video of this moment quickly went viral, as often happens with Pascal-related content. Look, he said it! if you indeed see Pascal as your daddy crush then that video will serve you well. The slight flash of discomfort in his eyes after he says it, however, made me wonder about the shifting demands of celebrity and what we expect such people to put up with in the name of self-promotion.

Pascal is no fool. He’s extremely self-aware about the image he projects both on and off the screen and is having an absolute ball with it. It certainly doesn’t hurt that he’s immensely charming and always seems to be enjoying himself on the promotional trail, which is no mean feat given its exhausting and repetitive nature. He’s starred in and headlined a number of projects with major geek and fandom clout, and a decent amount of them see him playing a father or father figure type. The Mandalorian must deal with Baby Yoda. The beating heart of The Last of Us is the relationship between Joel and Ellie. These are characters of an initially stoic nature who soon expose their rawest emotional selves in the pursuit of safety for the child they’ve accidentally adopted. You don’t need to have read as many romance novels as I have to know that this trope is veritable catnip for fans. We all love a hot daddy.

And this was not the first time that Pascal had been asked outright to say something like this. In a skit for Vanity Fair, where he was hooked up to a lie detector and asked fairly probing questions, he said, ‘Daddy is a state of mind, you know what I’m saying? I’m your Daddy.’ This guy’s seen the memes. He knows what the internet has crafted him into. He’s not the only one either. Really, this is now the default mode for how we package and consume celebrities. The concept of fame has always relied on easily digestible types and having our most complex nuances sanded down into binary tropes or emotions. You’re the heartthrob or the intense character actor, the sex symbol or America’s sweetheart. That hasn’t changed much over the decades, even as celebrities have become less reliant on studio meddling and playing the press game. Everyone still needs a way to sell themselves, and the playing field for doing so has a whole new pile of demands.

Celebrities still do interviews and the occasionally introspective long-form profile, but they’re far less important for the promotional cycle of, say, your newest film or TV show. Even the most probing sit-down with Stephen Colbert won’t attract the millions of viewers that a game of Truth or Dare will. We mocked Ellen DeGeneres and Jimmy Fallon’s over-reliance on inane children’s games for their talk-shows but there’s a reason everyone is still desperate to replicate that formula. It works! Daniel Radcliffe can either offer a dense explanation of his craft as an actor or sing the Alphabet Song. We know what YouTube and social media algorithms prefer.

This formula of fun doesn’t seem as initially revealing as a traditional interview but it still relies on an intense level of over-share and strengthening of parasocial forces. Just look at Buzzfeed’s Thirst Tweets series, an often-hilarious and occasionally uncomfortable concept where celebrities read some of the most creatively horny tweets written about them. A whole generation of straight men now know what a bussy is because of that show. We love to see the likes of Richard Madden try to react in a calm manner to total strangers wanting him to destroy their guts. We barely seem to question whether or not this is something the celebrity in question enjoys (or why this formula really only works for famous men since having a barrage of creepy sexual stuff fired at you online isn’t a novelty for most women I know.)

A lot of the online rhetoric of fandom is built on exaggeration to the point of ludicrous. That’s how we end up with eyebrow-raising stuff like teenagers asking Cate Blanchett to run them over with their car and f*ck the corpse. Calling celebrities ‘mum’ and ‘dad’ is common, partly rooted in queer culture language and part of this deliberately over-the-top take on being a fan. None of this is meant to be literal, not even the most violent aspects, but that can often it make it tough to differentiate between the heightened frenzy of fandom and the casual nastiness of harassment. Indeed, both are often present simultaneously in fan circles, where celebrities are treated as part invincible deity and part infantilized creature. Hayley Atwell famously told her fans to stop calling her ‘mum’ because it made her uncomfortable and that didn’t stop a hell of a lot of people. It made her the enemy to many, which was extremely creepy.

We expect celebrities nowadays, more than ever, to be our friends. Still special and rich and untouchably perfect, but also relatable enough to read mean tweets about themselves and laugh it off. Couple that with the omnipresent entitlement that is built into the fan dynamic and one shouldn’t be surprised that we now expect people like Pedro Pascal to declare himself our slutty daddy over and over again. Maybe I’m reaching a bit here (I’m sure you’ll all tell me in the comments how much you don’t care about stuff like this) but it still seems extremely odd to me that we expect people, especially those we don’t personally know, to roll with all of this. Slang changes with the times and for younger generations I imagine a lot of this is no big deal. That doesn’t mean that one can’t be discomfited by it.

The constant give and take of celebrity has evolved into something far harsher in the social media age. It’s a ceaseless cycle of performance and so-called relatability that demands one walk an impossible tightrope of flawlessness and familiarity. You have to be on Twitter and not cause a fuss when thousands of people scream ‘daddy’ or ‘you’re a f**king groomer’ in their mentions. You have to smile as James Corden gets you to eat gross things while asking invasive questions. A red carpet interviewer will shove some cards in your face to read that would usually get them arrested in non-professional circumstances. Yes, this is their jobs, and I’m sure many of them are cool with it. But we should, at the very least, acknowledge that the new normal is one that the vast majority of us wouldn’t put up with under any circumstances.

So, please enjoy your daddy fantasies with Pedro Pascal. One of the most fun things about being a fan is revelling in the fantasy. Just maybe let the poor dude stay away from the madness for a while.


← 'Searching' Sequel 'Missing' Finds Our Moment Amid Tech Mayhem | T.J. Holmes Reportedly Had Sex With an Intern in His Office →