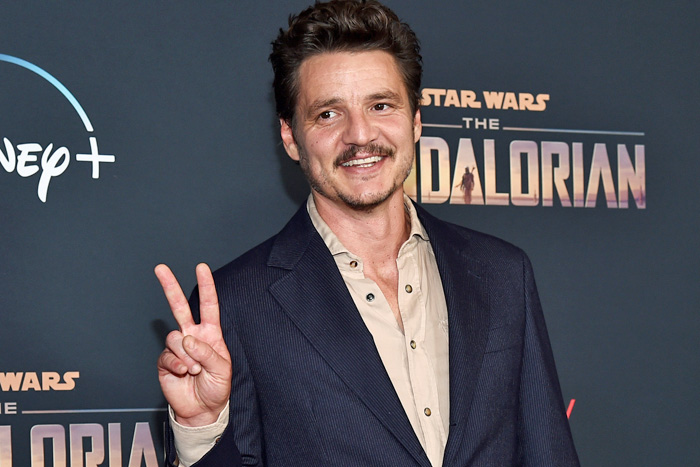 Pedro Pascal Proudly Supports His Sister Coming Out as Trans

To the surprise of no one, Pedro Pascal is an absolute champ when it comes to publicly supporting his sister Lux as she came out as trans, which adds some interesting context to the whole Gina Carano mess. (Uproxx)

Olivia Wilde and Harry Styles “seem very serious” in case anyone was wondering or even remembered that was a thing. (Lainey Gossip)

Tom Cruise is hellbent on completing production on Mission Impossible 7, even if it literally kills people. (Celebitchy)

Halle Berry responds to trolls who say she 'can’t' keep a man': 'Who said I wanted to keep them?' https://t.co/YGA1Xgx5e9

If John Fetterman wants to run for Senate, he really needs to address the time he racially profiled a man and chased him with a loaded shotgun. None of this looks good. (Twitter)

From Kristy: Chaz Ebert is spearheading the No Malice Film Contest, which encourages student filmmakers to explore and promote racial healing through their art. Learn more about the contest and its goals here. (RogerEbert.com)

From Seth: There are a lot of threads to pull on in this fascinating story about a 90-year-old neon sign found on the front of the future home of LA’s famous Howlin’ Rays. (Vice)

Not only is Wanda Maximoff arguably the strongest avenger but she put that boustier on just to tell the government to fuck off and I respect the hell out of her for that.

Chris Pratt’s cop brother has been reportedly linked to a far-right militia group, which really puts some pieces in place, doesn’t it? (Insider)

Viggo Mortensen passed on Wolverine after his son realized Bryan Singer had no idea what he was doing. (IndieWire)

Brandi Glanville realizes it was probably not the best idea to joke about Armie Hammer eating her ribs. (Page Six)

New Cannonballer, llamareadsbooks, loves a second chance romance, so she jumped on Jack Harbon’s novella, Worship. "The writing is excellent, and the sex scenes are super hot and inventive…and there’s some hilarious and descriptive turns of phrase." What genre trope will encourage you to pick up a book? (Cannonball Read 13)

I’m guessing a fair share of you are part of the eight million views this puppy kitty has racked up, but just in case.

“I can see that,” responds judge pic.twitter.com/HclKlAUwbM