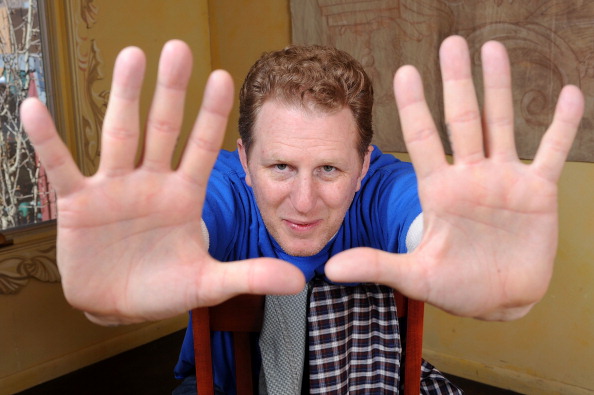 Michael Rapaport's Lawsuit Against Barstool Sports Has It All: Herpes, Sodomy, Stalking

Here’s the thing about Michael Rapaport: He’s an obnoxious, loudmouthed idiot, but maybe the worst thing about Rapaport is that he is so good in the roles in which he is cast. That goes for Only Murders in the Building, Amy Schumer’s Life & Beth, and even Atypical. Do you want an obnoxious blowhard from New York City? No one does it better than Rapaport. Those are just facts.

Things that are not necessarily facts, however, include suggestions by Barstool Sports (owned by the worst person you know, Dave Portnoy) that Michael Rapaport is racist, has herpes, and stalked his ex-girlfriend. Those were accusations made by the sports website that prompted a libel suit against it by Rapaport.

Let’s back up momentarily. In 2017, Barstool Sports recruited Michael Rapaport and his podcast, I Am Rapaport over to their company with the promise of a $600,000 contract (what?! for being Michael Rapaport?), plus revenue sharing and a promise to get him another $375,000 to secure him a radio show on Sirius.

Things fell apart less than a year later, however, when Rapaport accused a Barstool employee of using steroids ahead of an amateur boxing match. A “Stoolie” (a fan of Barstool Sports) asked the company to take a poll to test Rapaport’s popularity, and Rapaport responded by saying, “[I]f you call yourself a fucking stoolie for real, you’ve already lost in life.”

Things escalated from there. Portnoy fired him for talking sh*t about the site’s fans, and Rapaport responded by posting a picture of him sodomizing Portnoy. That sounds like Rapaport. In the weeks and months to follow, Portnoy and Barstool countered with a number of posts suggesting that Rapaport was racist, had herpes, and stalked his ex-girlfriend (in 1997, Rapaport did, indeed, harass the hell out of his ex-girlfriend, Lili Taylor, after she dumped him, and he later pleaded guilty to aggravated harassment, admitting that he called her 21 times in the four days after their split).

Rapaport, in turn, sued Barstool for defamation, asking for around $16 million in damages. He did not win, despite offering evidence that he had tested negative for herpes and claiming that his marriage to a Black woman precluded him from being racist. The judge was like, Nah. She said that “these labels represent nothing more than the Barstool Defendants’ subjective evaluations of Rapaport that are incapable of being objectively proven true or false.” That is true. Kind of. I mean, he could prove he didn’t have herpes, but saying you’re not racist because you’re married to a Black woman is like saying you’re not sexist because you’re married to a female. It doesn’t work that way.

In either respect, even with the assertions that could be proven false, the judge said that those statements were “published on social media, blogs, and sports talk radio, which are all platforms where audiences reasonably anticipate hearing opinionated statements.” In other words, it doesn’t count on social media because everyone talks sh*t on Twitter.

Rapaport plans to appeal. In the meantime, Barstool and Rapaport have agreed to drop their breach of contract suits against one another as part of an agreement that allows Rapaport to file an appeal for the defamation suit, which he will almost certainly lose again, assuming the judicial system works as it is supposed to work. That is unfortunately not guaranteed these days.